Mohamed Salah will miss the second leg of Liverpool's Champions League semi-final with Barcelona due to a concussion.

The Egypt forward suffered a head injury in Saturday's win over Newcastle and manager Jurgen Klopp said at his pre-Barca press conference he would not make the Anfield clash.

"It's a concussion so it's a case of him not even being allowed to play," said Klopp, whose side are 3-0 down after last week's first leg in Spain.

"He feels OK but it's not good enough from a medical point view, that's all."

Klopp had already conceded Salah's fellow forward, Roberto Firmino, would miss out with a muscle problem.

Liverpool have it all to do to turn around the tie on Tuesday and Klopp knows the loss of two of his most lethal weapons does not help the cause.

"There's hope and that's football," he added. "We are far away from giving up.

"Two of the world's best strikers are not available tomorrow - it doesn't make life any easier but while we have 11 players on the pitch we will try."

Follow Liverpool v Barcelona with our live blog on RTÉ.ie and the RTÉ News Now App or watch it live on RTÉ2 and the RTÉ Player from 7pm. 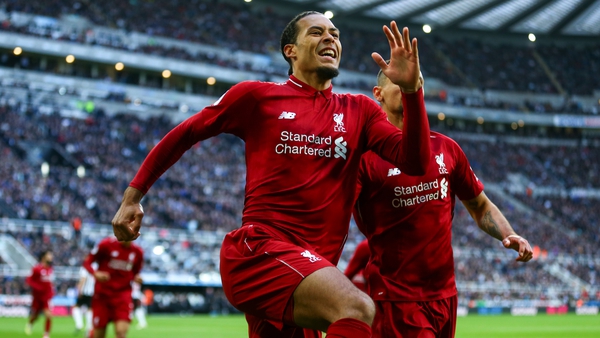 Liverpool players can do no more, says Klopp