Former Republic of Ireland international John O'Shea will retire at the end of the season.

Having come through the ranks at Manchester United, the versatile O'Shea won five Premier League titles at Old Trafford, as well as the FA Cup and Champions League.

On Tuesday, his 38th birthday, O'Shea announced his retirement having spent the final season of his playing career at Reading after seven-year stint at Sunderland. He hung up his boots with Ireland almost a year ago after the friendly win over the USA last June.

He won 118 cap for his country enjoying some memorable moments, not least his injury-time leveller against Germany in Gelsenkirchen during the Euro 2016 qualifying campaign.

Reading tweeted: "A fabulous playing career is coming to a close – today, on his 38th birthday, John O’Shea has announced he is to retire at the end of the season.

"Just a very small part of his playing days have been spent with the Royals, but he has amassed a medal collection that any player would be extremely proud of, winning almost everything possible during almost 20 years as a professional footballer.

"And, off the pitch, one of the nicest, most humble and genuine people you’ll meet in any walk of life. Happy birthday and thank you for all your efforts during your time at Madejski Stadium, John! We wish you well in the next chapter of your career!" 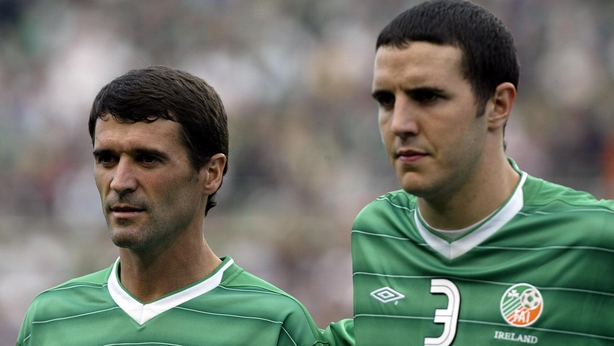 United tweeted out some of his highlights from his time with the club, including a last-minute winner at Liverpool, a memorable goal against Arsenal at Highbury and his nutmeg on Real Madrid's Luis Figo during a Champions League clash at Old Trafford.

O'Shea left United after winning his fifth and final Premier League title in 2011, opting to move to Sunderland.

Much of his time at the Stadium of Light was spent battling to keep the Black Cats in the top-flight, although they eventually succumbed to relegation in 2017.

O'Shea would play on in the Sky Bet Championship but could not help prevent Sunderland suffering back-to-back relegations and dropping into League One.

He would then depart for Reading and has made 10 appearances for the Royals with one game of the season remaining.