Ole Gunnar Solskjaer unequivocally backed David De Gea and insisted the faltering goalkeeper is not to blame for Manchester United being in danger of missing out on Champions League qualification.

The Spaniard was culpable for Chelsea's leveller in Sunday's 1-1 draw at Old Trafford, parrying a long-range Antonio Rudiger shot which let Marcos Alonso steal in and score, cancelling out Juan Mata's opener on his 31st birthday.

De Gea made a fine save from Gonzalo Higuain in the dying seconds but the major talking point was his latest error, hot on the heels of high-profile mistakes against Manchester City in midweek and Barcelona earlier this month.

United's hopes of a top-four Premier League finish are out of their hands following the result though Solskjaer, who publicly backed De Gea before this weekend, was loathe to place too much blame on his number one.
Solskjaer said: "He's been in the spotlight for the right reasons for so long, now he's going through a period where he probably feels he could have done better.

"I don't have any worries about him because he's a strong character.

"Of course I'll sit down and speak to David as I've done when he's played well. But he's not the reason why we're in the sixth position at the moment.

"You cannot say there is any complacency, David is not the type to sit down and be complacent. He is a competitor and he wants to be the best.

"David knows he could have done better with the goal, there's no reason to hide that, but there's no chance any of us will point fingers because he's saved us so many times."

England striker Marcus Rashford was withdrawn midway through the second half because of a shoulder injury, while Solskjaer confirmed Eric Bailly's season was over after he awkwardly twisted his knee shortly afterwards. 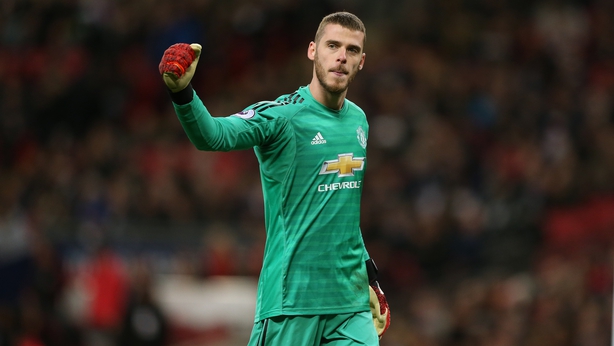 The Ivorian was seen leaving Old Trafford on crutches with his right knee in a heavy brace.
Solskjaer added: "Eric, it's a bad knee injury, hopefully it's not the worst case. But I'm sure we won't see him any more this season unfortunately.

"Rashy, we strapped him before the game, you could see clearly that his shoulder got worse and worse and he couldn't run freely any more."

United lie three points behind the fourth-placed Blues with two games remaining - although both teams and Arsenal, in fifth, have endured indifferent form of late.

Solskjaer added: "Of course if you look at the league table it's going to be difficult. We've got to make sure we turn up, win the next two games, play well and you never know.

"Points are being dropped left, right and centre in this race."

Chelsea head coach Maurizio Sarri is concerned by his own injury worries after Rudiger was helped off the field because of a problem with his knee.

The problem will almost certainly rule him out of the first leg of the Europa League semi-final at Eintracht Frankfurt on Thursday.

Sarri believes United were fortunate to finish the match with their full complement, with Marcos Rojo booked for a studs-up challenge on Willian, who was substituted shortly after the tackle. 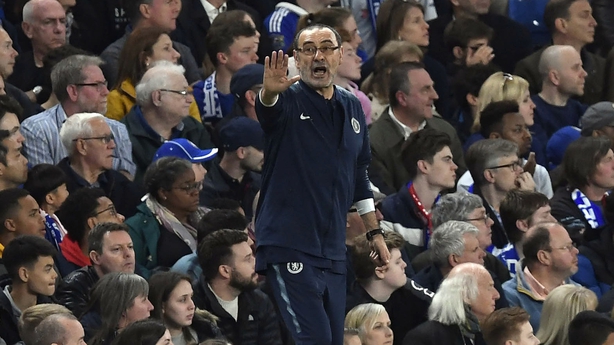 Sarri said: "The card was an orange card - between the yellow and the red card. We have to accept everything from the referee, of course.

"It's not easy for the referee but in my opinion the yellow card was not enough."

On the point earned, which keeps them in pole position to qualify for next season's Champions League, Sarri said: "The draw is not so much important for us because with the 1-1 here, we have to win the last two matches, otherwise we are at risk with the goal difference."

Asked whether Eden Hazard, who enters the final year of his contract next season, will remain at Stamford Bridge, Sarri was non-committal.

He added: "I don't know - you have to ask the club. In this moment for me, it's not really important.

"Eden is playing very well, he fights on the pitch and so I am very happy with him."