Mick McCarthy has reasons to be cheerful ahead of Ireland's end of season training camp in Portugal, and looking ahead to the Euro 2020 qualifiers in June.

The Ireland manager and his backroom team have been out scouting his squad's form this week and McCarthy is certainly buoyed by the form of striker Shane Long who has hit a goalscoring streak in recent weeks.

Long's form, which has seen the Tipperary native score four goals in his last five games has helped Southampton to secure their Premier League status, while the frontman also bagged an accolade of his own, scoring the Premier League's fastest goal ever.

The former Reading striker scored after just seven seconds against Watford last week, followed it up on Saturday with a goal in the Saints' 3-3 draw with Bournemouth and McCarthy admitted that he is looking forward to working with Long for the season-ending encounters.

"The Ireland fans used to sing that Shane Long was on fire, well he is now so they can get the song ready again," said McCarthy, speaking on the FAI's website.

"I am delighted to see him scoring but just as happy that Shane is back in the Southampton team and playing on a regular basis.

"It’s his fitness as much as his goalscoring that pleases me because I know he was frustrated when that injury forced him to return home after just a couple of days with us in March."

Long has endured his fair share of criticism for his lack of goals for his club side over the past two seasons, yet his main attributes of speed and work rate can never be called into question, and McCarthy also admitted that there is a role for such a player in his team.

"I’m not a manager who rates a striker purely on goalscoring. I played Freddie Sears for a long stretch at Ipswich with only a handful of goals but Freddie caused havoc for the opposition defence every time he played.

"Shane is a really effective centre-forward. These goals will just give him a real lift and boost his confidence coming back into our squad and that can only be good news with the training camp in Portugal and two big games on the horizon." 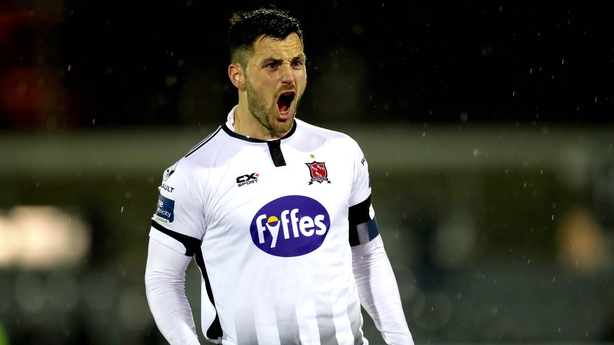 McCarthy also admitted that he is keeping tabs on Pat Hoban, who is the current top scorer in the SSE Airtricity League Premier Division with seven league goals from the opening 13 games of the season.

The Dundalk hitman was the league's top scorer in 2018 as his 29 goals helped the Lilywhites to yet another title, and McCarthy said that he would be monitored over the next few weeks.

Robbie Keane was in attendance on Friday night as Hoban's diving header gave Dundalk the lead against Shamrock Rovers, en route to a 2-1 victory over the league leaders.

"Patrick [Hoban] set a new record for Dundalk on Friday and we’ll be keeping an eye on him in the coming weeks," said McCarthy.

McCarthy was in attendance for Stoke's visit to Millwall on Saturday where Shaun Williams, Alex Pearce and James McClean were in action, while assistant manager Terry Connor was at Luton's defeat to Burton Albion, where James Collins was on target.

The manager was also thrilled to see Sheffield United quartet John Egan, Enda Stevens, Scott Hogan and David McGoldrick secure automatic Premier League promotion, which means that the players will not have to face play-offs and will be available for the camp in Quinta do Lago. 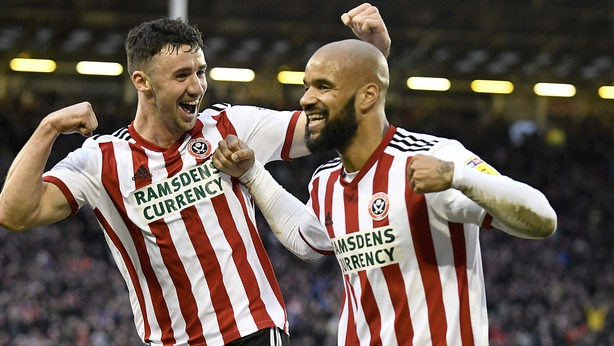 "I am so happy for David McGoldrick, Enda Stevens, John Egan and Scott Hogan," said McCarthy. "I’m relieved as well because it means the four of them will be fresh, fit and rearing to go when we report for the training camp in Quinta Da Lago on May 21st.

"David has had an incredible season and promotion is just reward for both himself and the team while Scott has certainly given me food for thought with his recent goals. He’s worked hard to get back into the Blades team and is a contender for Denmark and Gibraltar now.

"We still have a number of players who could feature in the Championship and League One play-offs but having the Sheffield United contingent available for Portugal is a real help for the preparations for the two qualifiers."

"Josh Cullen scored for Charlton against Gillingham and Ronan Curtis continued his comeback for Portsmouth with 66-minutes against Sunderland," added McCarthy.

"They should both be involved in the play-offs so we may have to go to Portugal without them. We’ll have a better idea of who’s available for the training camp next weekend but it’s been a pleasing week all round."