Bohemians come into this game in buoyant form, having beaten Dublin rivals and leader leaders Shamrock Rovers in Tallaght on Tuesday.

The Gypsies eased to a 1-0 victory against the nine-men of Rovers, a result which leaves them five points off the the top, but with a game in hand.

A late Shane Duggan penalty on Monday earned Waterford a point against Derry City, despite the Blues going behind twice.

The sides last met back in March, playing out a 0-0 draw in the RSC, while it was the Blues who prevailed with all three points the last time the sides met in Dalymount Park.

Waterford: Kenny Browne, Dean Walsh, and Kevin Lynch missed Monday’s game and continue to miss out. Karolis Chvedukas also misses out while Bastien Hery is rated 50/50 after coming off on Monday.

Danny Grant (Bohemians): "Tough games keep coming - the schedule this month has been a test for all clubs. But I think we are in a position this season where we have a really good squad.

"Everyone is made feel important, even if you aren't playing. It's obviously hard if you're starting or borderline starting one week and then in the stands the next week.

"But it is a team effort. There is nobody sulking when they're left out - there's no room for that at Bohs."

Alan Reynolds (Waterford): "We’ve had a busy few weeks but we have to go again this Friday and Monday. We saw Bohs won earlier in the week against Shamrock Rovers so they’ll be full of confidence, but we’ve done well in the last few games against Sligo, Cork and Derry so our lads are confident too.

"We’ve still a few lads with some knocks but others are ready to step in and we’ll go there to play and show what we’re about." 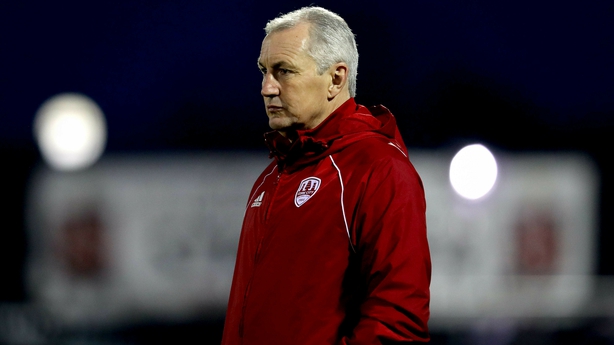 Cork City make the long journey to the Brandywell in desperate need of positive result against fourth-placed Derry City.

John Caulfield's men are on a six-game winless run, while Derry will be looking to increase the gap between the two clubs with a victory.

Both sides took a point from their Easter Monday games, with the Candystripes earning an impressive 2-2 draw against Waterford at the RSC and Cork playing out a scoreless draw at home to Sligo.

Cork City: Caulfield hopes to have Dáire O'Connor and Karl Sheppard available. Alan Bennett and Cian Murphy are out.

Declan Devine (Derry City): "We're in a good place sitting on 21 points, playing very well, good with the ball, a lot of energy without the ball and are looking forward to what is a difficult game against Cork. They have fantastic experience in their squad, guys that have both league and cup medals. Maybe things aren't gelling for them at the moment, but they'll be looking at coming to Brandywell and kick-starting their season."

John Caulfield (Cork City): "There'll be a big crowd, and whether Derry are top of the table or bottom of the table, it's always a tough venue. Over the years we've had some very good results and on some occasions we haven't. At the moment we're in the middle of a very hectic schedule so we'll have to have high energy levels."

St Patrick’s Athletic host UCD as the Saints go in search of a third successive victory.

Pat’s head into the game following a 2-0 win over Finn Harps in Ballybofey last Monday with midfielder Conor Clifford and Saints’ top-scorer Mikey Drennan on the scoresheet.

The Students remain second bottom in the table after Monday's 3-1 loss to Dundalk.

St Pat's Athletic: Defender Dave Webster is ruled out through suspension, but otherwise a full squad will be available.

Harry Kenny (St Pat's Athletic): "The wins we have picked up lately have been important and help build momentum.  The results help breed confidence and the lads are in good form and we are playing well.  We are chasing teams down now, so we are just now focused and looking forward to Friday.

"UCD are very, very good. They deserved their draw against us in the first game in the UCD Bowl so we are preparing for a very difficult game. They have a philosophy there which they stick to so you have to admire them for that."

Picking up a point away to Cork City was seen as a positive result for Sligo who will now target successive wins against Harps.

A failure to take the limited chances that present themselves at the highest level is hampering the opportunities to get that elusive win that would give Finn Harps a major boost in their battle to try and close gap on the sides above them.

Sligo Rovers: Romeo Parkes and Dante Leverock have trained after picking up minor injuries at the weekend and will be tested pre-game. Daryl Fordyce has recovered from illness. Kyle Callan-McFadden has a hand injury and is doubtful. Ronan Murray returns from a four-game ban.

Liam Buckley (Sligo Rovers): "I risk repeating myself in saying that in each game you play in this league you have to be up for it because if you are not you will come unstuck. We’d love to get three points and get up that table. It’s a derby game, it’ll be extremely hard-fought and we’ll be giving it our all to get the win."

Ollie Horgan (Finn Harps): "Sligo are ten points ahead of us in the table. Since we lost to them in Finn Park back in March, they have beaten Dundalk and drew with Cork on Friday night. So we’re under no illusions about the the scale of the challenge the lads face tomorrow night.

"But as I’ve said before that’s why we want to be in Premier Division preparing for games like this. We’re not in a good place going to Sligo but we are determined to try and change that and need to do so quickly so as we are not cut further adrift at the bottom of the table." 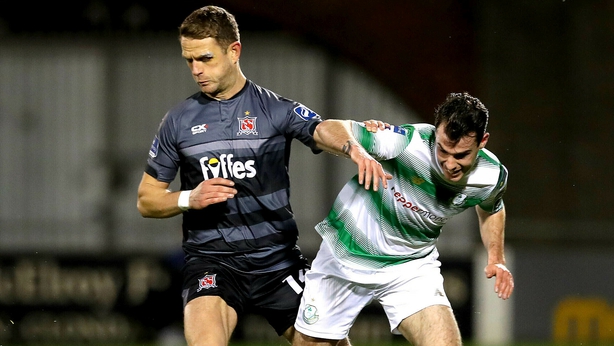 The champions against the current league leaders is sure to attract a big crowd to Oriel Park. Dundalk, after a surprise loss to Sligo a fortnight ago, have gone on to win three games on the spin, the last of which was Easter Monday's 3-1 success away to UCD.

For Shamrock Rovers, going down to nine men against Bohemians on Tuesday was always going to make life difficult for them. That said, they did perform admirably in the circumstances in losing for only the second time this term. A third loss, however, coupled with Bohs winning again would really tighten things up at the top of the table.

Dundalk: Robbie Benson remains out with a broken leg and there is an injury concern over Daniel Kelly who has a calf problem. There are a number of other injury doubts including Sean Murray and Stephen Folan but everyone will be given a chance to prove fitness before kick-off.

Shamrock Rovers: After seeing red against Bohemians, Trevor Clarke and Lee Grace will be absent. Greg Bolger and Ethan Boyle are still doubtful.

Stephen Bradley (Shamrock Rovers) "Dundalk away is always a tough game but I believe this team is ready to play anybody. Friday will be a different game but we’re ready to go and beat anybody home or away. Oriel Park is a place we have no fear of. We know they’re a good side but so are we and it’s a place we enjoying going to play in.

"The pitch doesn’t bother us. When we play at Derry or Dundalk we always train on the 3G pitch at Roadstone for the week leading up to it so it’s not an issue. You want any game quite quick after losing a game, to get yourself going again and this is a big game."

John Gill (Dundalk) "We looked more like ourselves last weekend when we beat UCD and Finn Harps. I thought we were excellent. We were back up to the level that we are used to.

"Shamrock Rovers are a good side and they are coming here in good form. We are in a good place now and better than we have been so we are looking forward to it.

"It’s a good game to be a part of and we have been playing well. The three wins in a week have been good for us and hopefully we can keep that going."