Even more significant was Leeds United's 2-0 loss away to Brentford in the 5.15pm kick-off, a result which leaves the Blades in an extremely commanding position with two games remaining, leading by three points while crucially maintaining a goal-difference advantage.

The result at Griffin Park all but assures Norwich City of promotion to the Premier League after their early celebrations were placed on hold this afternoon thanks to a dogged Stoke City side.

Onel Hernandez gave Norwich the lead midway through the first half, before Ashley Williams levelled just after the break.

Teemu Pukki restored the visitors' lead against the run of play on 66 minutes. But they held it for just three minutes after Ryan Edwards levelled with a wonderful goal.

The stumbles of recent days aside, promotion would appear to be close to an inevitability. They are currently six points clear of Leeds in third place with a reasonable goal difference advantage of +10.

Aston Villa secured a 10th successive win for the first time in the club's history with a 1-0 victory against Millwall at Villa Park.

Jonathan Kodjia's goal in the 30th minute secured their memorable win and assured Villa of a place in the play-offs.

Villa had been languishing in mid-table before starting their amazing run, which has surpassed the previous best of nine consecutive victories set back in 1910.

While Villa are chasing promotion, Millwall are fighting desperately to avoid relegation and remain one place above the drop zone after seeing their four-game unbeaten run come to an end.

West Brom cemented their place in the Championship play-offs despite being held to a goalless draw by lowly Reading.

In a first half of few chances, Albion enjoyed the better of it but Hal Robson-Kanu and Jacob Murphy were denied by home goalkeeper Emiliano Martinez.

Reading, still mathematically in the relegation mix, dominated much of the second period but found visiting stopper Sam Johnstone in fine form.

First-half goals from Barry Bannan and Lucas Joao were enough to give the Owls all three points at Hillsborough.

Wilson converted a penalty in the fifth minute of added time and then broke away to clinch a vital win which lifts Frank Lampard's team up to sixth. 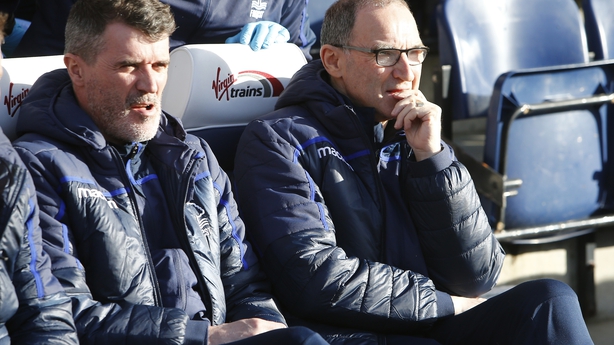 The result, which leaves Boro's play-off fate out of their own hands, came via Joe Lolley's brace either side of Alexander Milosevic's second-half strike.

Forest's margin of victory would have been greater but for a fine performance from Darren Randolph in the Boro goal, with Tony Pulis' side turning in a desperate display in which they failed to muster a meaningful shot on target.

Birmingham confirmed their Sky Bet Championship status for another season with a 3-1 victory at Rotherham which left the home side deep in the relegation fight.

Jacques Maghoma, Jota and Kerim Mrabti scored the second-half goals which earned the win after Matt Crooks had given Rotherham the lead midway through the first half.

The win took Garry Monk's side on to 50 points, 10 clear of Rotherham in the final relegation spot with two games of the season remaining.

Ben Brereton scored his first Blackburn goal as they sauntered to a 2-0 win over relegated Bolton.

The 20-year-old broke the deadlock in a tight first half when a neat move on the half-hour set him clear and he confidently stroked home.

Former Bolton loanee Adam Armstrong settled the game from close range five minutes after the break with his ninth goal of the campaign.

Swansea ended their dismal away form with a 1-0 victory against already-relegated Ipswich at Portman Road.

The Swans had lost seven consecutive games on their travels prior to playing the Tractor Boys but Wayne Routledge's 57th-minute goal secured the points for the visitors.

The win keeps Swansea's outside hopes of reaching the Sky Bet Championship play-offs alive with five points separating the Welsh side from sixth place.

For Ipswich, who will ply their trade in League One next year after relegation was confirmed nine days ago, it was the 24th defeat of a miserable campaign.

Wigan secured their status in style with a 2-0 derby-day triumph over a Preston side who played for most of the game with 10 men after Ryan Ledson was sent off.

The Latics were already 1-0 up when Ledson lost his head - and almost removed that of Kal Naismith with a dangerously high foot on 34 minutes that left referee Andf Madley with no option.

Naismith had laid Wigan's opening goal on a plate for Leon Clarke inside 11 minutes after a mistake in the Preston defence.

And the win was secured midway through the second half when Lee Evans rifled home from 12 yards to kick the party into full swing.