Tottenham dashed Manchester City's quadruple dream on a dramatic Champions League night at the Etihad Stadium - thanks to VAR.

Raheem Sterling thought he settled a pulsating quarter-final contest with a late strike on Wednesday only for Sergio Aguero to be ruled offside following a review in a dramatic finale.

There was also controversy over what proved the decisive Spurs goal in a tie that ended 4-4 on aggregate, with Fernando Llorente's bundled effort only given after a lengthy VAR review for suspected handball.

City did win the second leg 4-3 but it was Spurs that prevailed on the away goals rule. They will now face Ajax in the semi-finals.

"We deserve to be in the semi-final," said Spurs boss Mauricio Pochettino. "My players are heroes.

"I told you before the game, whatever happens, I am going to feel proud. To qualify for the semi-final and make history I am more than happy, I am more than proud." 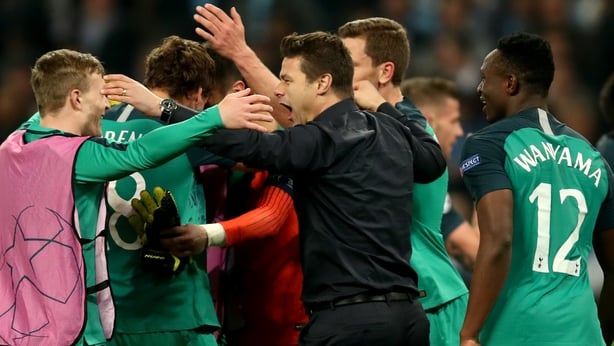 The game got off to a blistering start with four goals inside the opening 11 minutes.

Sterling struck first to level the tie but Son Heung-min responded with a quickfire double. Bernardo Silva levelled and City went ahead on the night on 25 minutes when Sterling grabbed a second.

City claimed the initiative when Aguero blasted a fourth after the break but Llorente hit back from a corner. Several replays were viewed before the Spaniard was given the benefit of the doubt after the ball brushed his arm before going in off his hip.

City maintained their momentum and Sterling sparked jubilant scenes with what would have been a sensational hat-trick goal in the dying moments but VAR killed their joy. Spurs players who had slumped to the ground in disbelief suddenly jumped back to their feet. 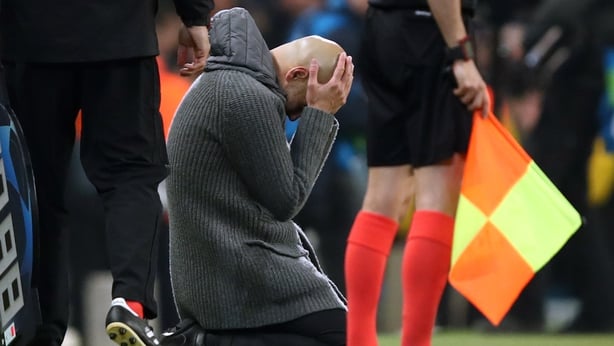 City boss Pep Guardiola said: "It is cruel but it is what it is and we have to accept it.

"Second half we did everything. It was not easy to create chances but we

created a lot. We scored the goals we needed, unfortunately it was a bad end for us.

"Congratulations Tottenham and all the best for the semi-finals."

City must now pick themselves up to continue their push for a second successive Premier League title. They host Spurs again on Saturday.

"We have to stand up and react," said Guardiola. 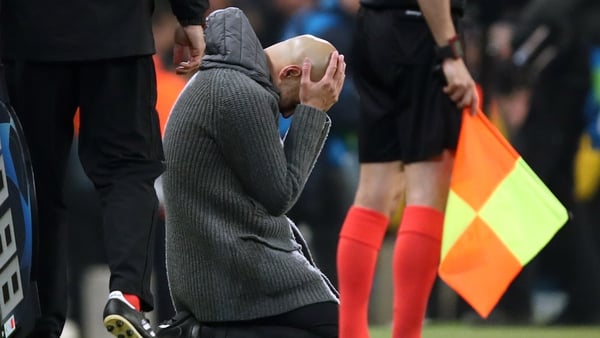 Spurs survive after astonishing night at the Etihad