Alexis Sanchez was named among Manchester United's travelling contingent as they bid to overturn a 1-0 deficit in the return leg of their Champions League quarter-final against Barcelona (live on RTÉ2).

The Chilean has been sidelined for the last six weeks because of a knee injury, but has returned to bolster an attack that failed to register a shot on target in last week's defeat at Old Trafford.

Midfielder Nemanja Matic and full-back Matteo Darmian were also part of the 22-man squad heading out to Barcelona on Monday morning but Ander Herrera and Eric Bailly miss out.

But it is the inclusion of Sanchez, who scored 47 times in 141 appearances during three seasons with Barca between 2011 and 2014, that could prove a talking point at Ole Gunnar Solskjaer's press conference later on Monday.

The 30-year-old has struggled to hit top form since signing for United in January 2018 and, even though several injuries have hampered his progress, a haul of five goals in 41 appearances represents a miserable return. 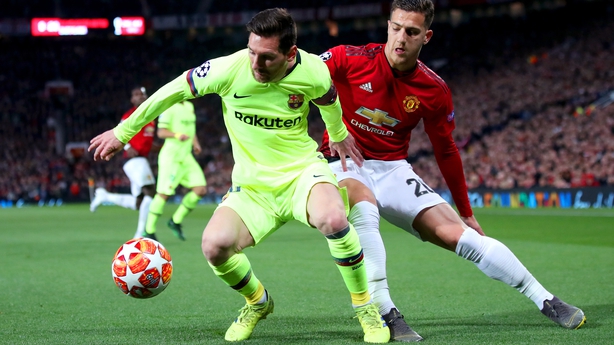 Luke Shaw has travelled with his team-mates despite the full-back being suspended for the Nou Camp clash after being cautioned against the LaLiga champions last week.

United will be aiming to come from behind for the second time in a row in Europe's elite club competition, having seen off Paris St Germain in the last 16 despite trailing by two goals after the first leg.

Marcus Rashford's last-gasp penalty sealed a memorable 3-1 victory at the Parc des Princes last month, although the United striker is wary of putting too much emphasis on that result.

He said: "We'll always take confidence from that but we also understand that it's not PSG, it's a different match, a different atmosphere, it's a completely different ball game.

"We go there confident but if we're going to win it's probably going to be different to how we did it in Paris.

"For us now we need to forget about the past. We know we've done it before, but all the focus has to be on how we're going to do it again because they're a strong team."