Jadon Sancho, Callum Hudson-Odoi, Saul Niguez and Declan Rice are among a host of players to have been linked with a summer move to Old Trafford with Ole Gunnar Solskjaer looking to revamp his Man United side.

As soon as the caretaker role became a full-time post last week, attention turned to transfer activity as the 1999 treble hero attempts to take them back to the top of the English game.

Solskjaer outlined his views on the squad to executive vice-chairman Ed Woodward long before being named manager and Tuesday's 2-1 loss at Wolves only underlined the work needed.

It is understood that United are prepared for there to be more activity than the standard three players in, three out approach adopted in recent summers.

Sancho, Hudson-Odoi, Niguez and Rice are among a host of players to have been linked with a summer move to Old Trafford, while it is understood United have been keeping a close eye on highly-rated Benfica teenager Joao Felix.

The 19-year-old is enjoying his breakthrough season but has been on United's radar for years, even before shining against Nicky Butt's Under-19 side in a UEFA Youth League match in October 2017.

At the back there have been clear improvements under Solskjaer, but there is growing talk about the Real Madrid future of long-standing target Raphael Varane.

The aforementioned names would certainly fulfil United's desire to bring in players that can make a difference, while the number, and profile, of signings are likely to be impacted by the decisions of Ander Herrera and Juan Mata.

The Spanish pair are set to be free agents this summer unless there is a break in protracted contract negotiations, with Herrera even reported by some outlets to have signed a pre-contract agreement with Paris St Germain.

Club captain Antonio Valencia is sure to leave at the end of his deal this summer, when fellow full-back Matteo Darmian looks set to belatedly get his Old Trafford exit.

Questions continue over fellow defender Marcos Rojo despite him signing an improved contract until 2021 last March, shortly after United made Alexis Sanchez their highest-paid player.

Solskjaer has to decide what to do with the Chilean, while the club continues to talk to star goalkeeper David De Gea over a new deal with his current contract expiring at the end of the 2019-20 season.

The 28-year-old may be keen to stay at Old Trafford but wages have proven a stumbling block, with no agreement reached after 18 months of negotiations.

Paul Pogba and Marcus Rashford are the star names that have been linked with moves away but the pair are individuals that Solskjaer believes can fulfil their ambitions at United.

"I would believe so, that's our aim as a club to be achieving what we have done in the past and that is the expectations here and of course we are hoping to build a team strong enough worthy of the history of the club," the Norwegian said recently.

"Yeah (they are two players we can build on), and you have got loads of players who you can build a team around and those are the two that you asked me about. They are vital for our future." 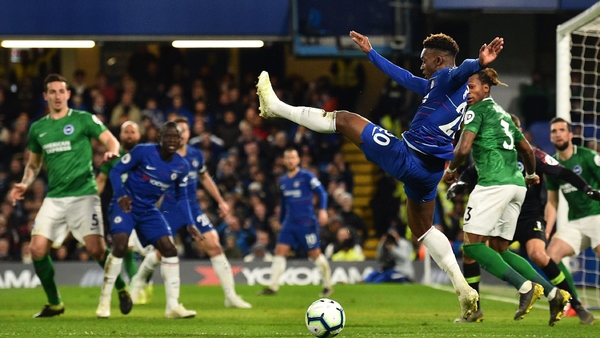