Callum McGregor has backed Scott Brown and claimed the Celtic skipper was "basically assaulted twice" during the 2-1 win over Rangers on Sunday.

Gers striker Alfredo Morelos was sent off in the first half for the fifth time this season - one red card was subsequently downgraded - for throwing an elbow at the Hoops captain after he appeared to clip the Colombian's heel.

Later in the match Ibrox forward Ryan Kent knocked the midfielder to the ground, for which he was handed a disciplinary charge, while a melee after the final whistle saw Rangers defender Andy Halliday receive a second yellow card for taking exception to Brown's celebrations.

The Hoops' victory took them 13 points clear of the Light Blues at the top of the Ladbrokes Premiership with seven games remaining and set them up for an eighth successive title.

Parkhead midfielder McGregor, speaking at the SEC in Glasgow where he was helping to publicise The Celtic Festival in the summer, said: "I don't think Scott did anything wrong.

"Tactical, mind games, whatever you want to call them, are part of football. 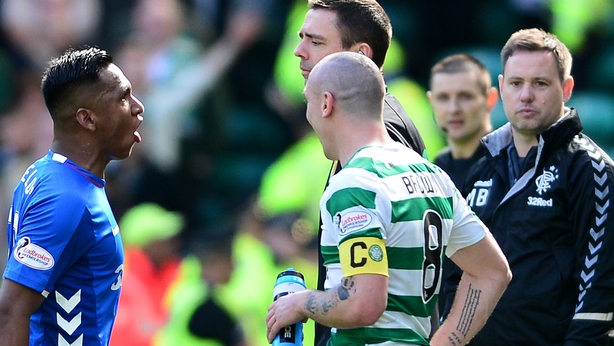 "He never actually did a lot wrong. The Morelos one, he runs across the path of him and he gets that reaction.

"People can say what they want about Scott Brown, that didn't warrant the reaction it got. He was basically assaulted twice in the game, for a bit of mind games and a bit of tactics.

"That's nothing for anyone to speak about Scott and his behaviour, it is obviously the other side."

The Scotland midfielder insists there was "never a specific tactic" to wind up Morelos but added professional footballers "are not stupid".

McGregor, who believes Celtic are "within touching distance" of the title as they prepare for the trip to St Mirren on Wednesday night, said: "I wouldn't say it was in the game plan.

"But players are professional footballers, they understand what they see in other games and they are not stupid, they know how to win games.

"There are different ways of winning football matches and as I say, if you can provoke people or do things to get an advantage then it is fair game.

"You can see his (Morelos) record over the season. If people provoke him or try to get in his head or whatever then he is going to react.

"In a big game for us, we are always trying to get the edge, whether football-wise or tactical, you try to get any advantage you can to win these games because at the end of the day the only thing that matters is the result." 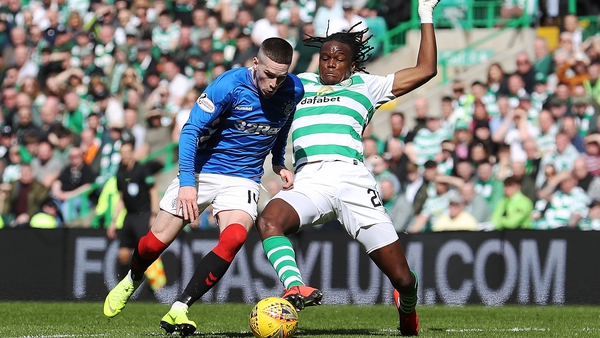 Ryan Kent charged after lashing out at Scott Brown