Neil Lennon insists Sunday's Old Firm game at Parkhead will have no bearing on his prospects of getting the Celtic job again on a full-time basis.

The county Armagh man took over until the end of the season in February after Brendan Rodgers departed for Leicester.

The former Hoops skipper and boss has made a good start to his second tenure in the dugout and the Glasgow giants remain on course for an unprecedented domestic "treble treble", with a 10-point lead over Rangers at the top of the Ladbrokes Premiership with eight games remaining.

Lennon, who revealed left-back Kieran Tierney could be a doubt with a calf complaint, does not believe the result will sway the Hoops board one way or the other.

He said: "Certainly my role here does not depend on Sunday, result-wise. It will depend on whether I can deliver the trophies, I assume, and in particular the league title.

"So Sunday's game, win or lose or draw, I am not sure will have a huge effect either way. Everyone is speculating and second-guessing but as far as I'm aware my remit here doesn't revolve around one game or two games.

"It revolves around what I have done since coming in the door."

Lennon, however, admits victory over Steven Gerrard's side would go a long way to making it eight title wins in a row.

He said: "It would be hammer blow (to Rangers) but again, not insurmountable.

"Again we are talking hypothetically. The objective is to win the game whenever we play our nearest rivals so that is not going to change and the mindset will be, 'we are at home and take the game to Rangers at every opportunity.'

"I am feeling quite calm at the minute. I am trying not to get too distracted by all the noise and the hype that goes around it so I have just been concentrating on what we are doing on a day-to-day basis and preparing for another big game."

Lennon confirmed Tierney, who missed Scotland's Euro 2020 qualifying double-header against Kazakhstan and San Marino with a calf injury, will be assessed.

He said: "Kieran has had a bit of a reaction today and may be a doubt. We will have to assess him on Saturday.

"It is the same issue and we will leave it maybe as late as possible to see how it is. He looked uncomfortable, we will give it 24 hours to see how it goes.

"Olivier Ntcham and Tom Rogic have been training this week and both Dedryck Boyata and Mikael Lustig should be okay." 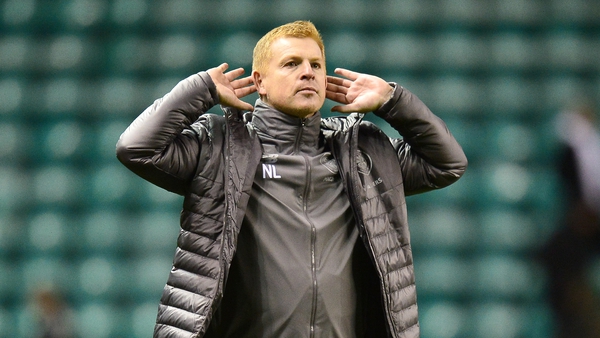