Manchester United have handed Ole Gunnar Solskjaer a three-year contract to make him their manager on a permanent basis.

The move has seemed inevitable for many weeks given the transformation United have made since Solskjaer arrived on a caretaker basis following the sacking of Jose Mourinho in December.

Solksjaer has won 14 of his 19 games in charge, reviving hopes of a top-four finish and unexpectedly guiding United to the quarter-finals of the Champions League.

Ole’s at the wheel! We can confirm that Ole Gunnar Solskjaer has been appointed as #MUFC manager.

"From the first day I arrived, I felt at home at this special club," Solskjaer said on the club's website.

"It was an honour to be a Manchester United player, and then to start my coaching career here.

"The last few months have been a fantastic experience and I want to thank all of the coaches, players and staff for the work we’ve done so far.

"This is the job that I always dreamed of doing and I’m beyond excited to have the chance to lead the club long-term and hopefully deliver the continued success that our amazing fans deserve." 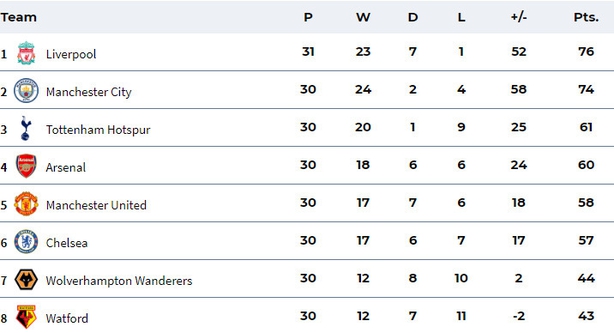 Solskjaer, who scored 126 goals in 366 appearanes for United, was already a hero to fans as the man who scored the stoppage-time winner in the 1999 Champions League final to complete the treble.

And it is some of the those late-game heroics that Solskjaer has restored to United's play, most notably with Marcus Rashford's last-minute penalty securing their Champions League win over Paris St Germain at the start of the month.

After Mourinho was sacked following a 3-1 loss to Liverpool on 16 December, Solskjaer initially arrived from Molde 'on loan' until the end of the season.

The Norwegian club had been adamant he would return to his job there with United poised to look elsewhere for a permanent boss, but Solskjaer's results were impossible to ignore and former players had been queuing up to call for his appointment.

Congratulations my friend, it is well deserved. Up and onwards lets chase some trophies🏆 @ManUtd #MUFC pic.twitter.com/S24sdNXvSG

Former United defender Gary Neville welcomed the appointment and urged the club to back the new full-time boss financially.

"I'm delighted for Ole," Neville tweeted. "I didn't think this would happen when he was appointed.  However the results and spirit in the club have been incredible since he arrived and he deserves it. He now needs support in the transfer market in terms of finance and the right resource!"

Striker Marcus Rashford, who has scored eight goals in 18 appearances since Solskjaer took charge, posted a picture of him and the United manager shaking hands and added the caption: "Congrats boss".