Kicking-off with last Saturday’s first qualifier win against Gibraltar and continuing with tomorrow night’s coverage of the home game against Georgia, the sponsorship covers RTÉ’s live coverage of all of the Republic of Ireland’s UEFA Euro 2020 qualifiers up to and including the final game in the campaign at home to Denmark on 18 November

Mark McGrath, Head of Marketing for Volkswagen Ireland said: "Football runs deeply and historically through Volkswagen’s DNA worldwide so we are delighted to partner with RTÉ to bring Irish fans closer to the action.

"As official mobility partner of UEFA National Team Football, Volkswagen’s aim is to enhance the experience of football fans throughout the UEFA 2020 tournament and it's especially exciting for us that Dublin will play host to a number of the games next year.

"We are delighted to kick off our campaign with the first qualifier, ultimately ramping up to what will be a very exciting summer in 2020 that will coincide with the launch of the new ID. range of electric vehicles from Volkswagen." 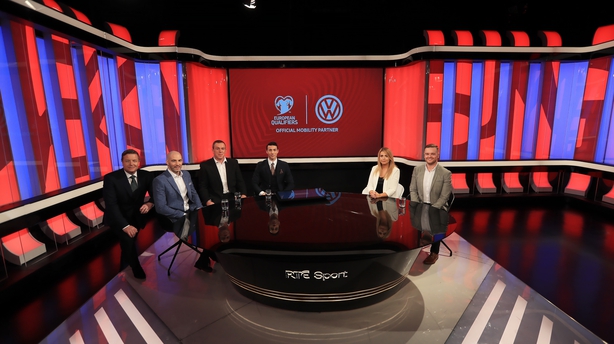 Brian Geraghty, Commercial Solutions Manager, RTÉ, added: "We are delighted to make this announcement with Volkswagen today. This partnership is a great endorsement of RTÉ Sport’s output and powerful audience reach.

"The Republic of Ireland's UEFA Euro 2020 qualifiers remain on terrestrial free-to-air television and as official mobility partner for UEFA Euro 2020, Volkswagen has secured a powerful association with Irish soccer across RTÉ’s market-leading television and digital platforms."