Live blog on RTÉ.ie and the RTÉ News Now App from 4pm.

Live commentary from Gibraltar on Saturday Sport on RTÉ Radio One from 2pm.

Live coverage on RTÉ 2 from 4pm

MEET THE NEW BOSS, SAME AS THE OLD BOSS

Mick McCarthy begins his second spell in charge of the Ireland senior men’s team when they take on Gibraltar in what is the first game of their UEFA Euro 2020 qualifying campaign.

As opening games go, it’s a fairly gentle return to international management for McCarthy and a comfortable victory is the minimum that the 300 travelling Irish fans with tickets will expect.

There’s always talk of potential banana skins and how there are ‘no easy games’ in international football and while that may be true, if Ireland are to have any hopes of taking part in a tournament they’ll be hosting part of next year, a win is essential.

There’s also a desire among supporters to see their side play a positive and attacking style of football, after some pretty dour displays towards the end of the Martin O’Neill era, but while McCarthy recognises the need to keep fans happy, he’s confident that victories will do just that.

"I want to play football, I do, but I'm pragmatic as well," he told RTÉ Sport.

"I’ve got eight games to get us qualified for a major competition. I think it’s important that we get results. I haven’t been sacked yet when I’ve been winning games and top of the league, no matter how we have been playing.

"Generally, when you are successful, you are playing well. I don’t want to harp back to the past, but yeah, we played well and we won games. I have to be honest, winning outweighs that for me.

"As a nation, wherever we have been, where we have won a game, it generally gets the crowd going. But I want to play good football as well." 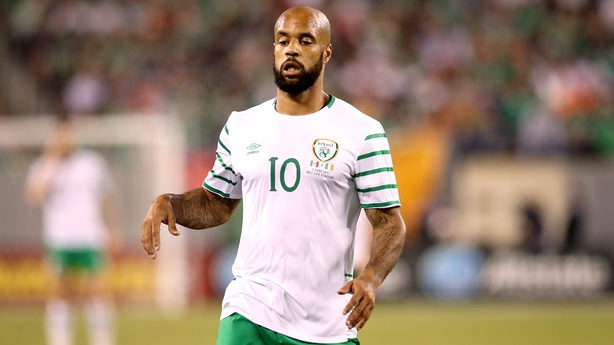 There’s a big gulf in quality between the squad McCarthy had for his first game as Ireland manager back in 1996 and the one that’s available to him now.

McCarthy’s first Ireland team in a friendly against Russia was comprised of players from the upper reaches of the Premier League, but now he’s working with a handful of top-flight players and those from the Championship and League one.

Up front is where Ireland are lightest these days and the boss need only look to his coaching staff to see the calibre of player he was once able to call upon. Robbie Keane is on the bench holding a clipboard now and there’s no-one up top that’s at the lofty level he once was.

Goals have been a problem for Ireland for some time now; they’ve only managed to find the net four times in their last nine games, scoring just once in their Nations League campaign.

With Shane Long injured, McCarthy has the trio of David McGoldrick, Sean Maguire and James Collins to choose from, along with the late addition of Aidan O’Brien, who is the only recognised striker in the squad to have scored for Ireland.

O’Brien’s late call-up means that he’ll probably have to settle for a place on the bench, with McGoldrick most likely to get the nod to start thanks to his impressive recent form with Sheffield United. Maguire is another man who has found form at the right time and looks likely to be selected to play with McGoldrick.

Up against a defence who almost exclusively ply their trade in the Gibraltar Premier Division or non-league English football, with Blackburn’s Louie Annesley the only exception, there’s the opportunity for Ireland to make a real early statement of intent and end their recent goalscoring woes. 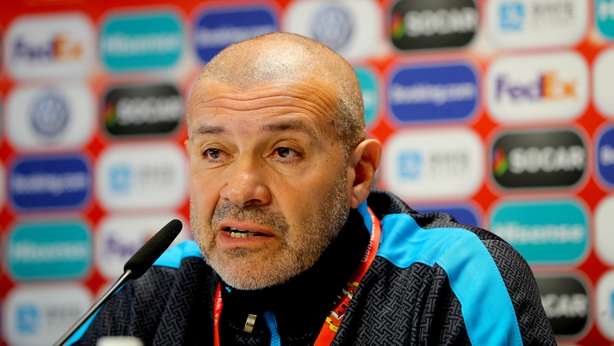 The Uruguayan made a name for himself as manager of local side Lincoln Red Imps where he famously master-minded a 1-0 home leg victory over Celtic in a UEFA Champions League qualifier, before bowing out of the competition 3-1 on aggregate.

Under the stewardship of Ribas, Gibraltar are in the best form in their history and he led them to Nations League victories over Armenia and Liechtenstein as well as a friendly win against Latvia last year.

Joseph Chipolina, the goal scorer in that victory over Liechtenstein is a prison officer on the island while the squad also includes an electrician and a customs officer, an indication of the depth of playing pool from which Ribas has to draw his talent.

Nevertheless the manager is looking to cause what would be a massive upset against Ireland and is hoping that home advantage, rather than a 250-mile trip to Faro, Portugal to play a home game can give his side an edge.

"It’s absolutely amazing to play at home - this is where we live and play, it’s where the players grew up and this is the air that we breathe. It’s very important that we play here, not only to develop as an international team but also to connect emotionally with the people."

This is the first time Ireland will play at the Victoria Stadium, despite facing them in the Euro 2016 qualification campaign, where they won 7-0 at the Aviva Stadium before a 4-0 victory in Faro.

"The passion and humility that the team showed in the Nations League will be brought into this campaign to make sure the team continues to grow over the long term and not just the short term."

As much as he might try to play it down, secretly Mick McCarthy will know that he couldn’t have hoped for a kinder opening qualifying fixture. The Irish boss will pay lip-service to possibility that the artificial pitch could be a leveller but the fact is that Ireland are up against a team of amateurs and part-time players and if they can’t get a convincing win here, they can forget about Euro 2020.