This time last year Josh Cullen and Declan Rice were being touted as the future heartbeat of the Republic of Ireland team.

Twelve months ago, Rice was named Ireland's Under-19 International Player of the Year on the same night his friend scooped the Under-21 award. Their paths seemed bound together, winding towards the same destination.

And then, one of them made a U-turn.

Rice's drawn-out defection to England has been the climax of a dramatic rise to prominence. He's gone from strength to strength with the Hammers, nailing down a first-team spot and emerging as one of the best young midfielders in the Premier League. 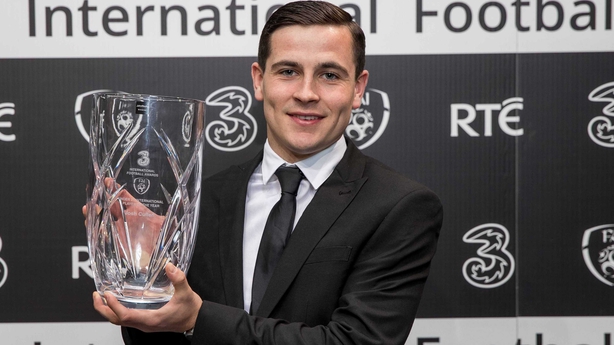 Manchester City and Tottenham are among England's big guns casting admiring glances his way, and he's developed a good habit of performing well against the best teams in the division.

It's not been so straightforward for Cullen. The 22-year-old got an early taste of the big time when he was brought on as a substitute in West Ham's 3-0 win at Anfield in the August of 2015 but loan spells at Bradford and then Bolton followed before then manager David Moyes brought him back to London and started him in an FA Cup third-round tie at Shrewsbury in January 2018.

Cullen made headlines when Abu Ogogo accidentally booted him in the mouth, the midfielder's tooth flying from his mouth and a quick-thinking team doctor locating the pearly white before putting it into a glass of milk to keep it healthy and alive. Cullen played on, and later had it reinserted.

Praise from then Moyes followed, both for his courage and overall performance, but still he struggled to get a run in the first team.

Last summer, another loan spell, this time to League One Charlton Athletic, where his excellent form was disrupted by a dislocated shoulder that required surgery in November.

Luck has often deserted the playmaker, but his call-up to Mick McCarthy's squad - after the withdrawals of Ronan Curtis and Alan Browne - is a welcome lift.

Cullen played for England at Under-16 level. But he insists his allegiance was cemented as soon as he was asked to represent Ireland's Under-19s, his Leitrim-born paternal grandparents qualifying him to play for the Boys in Green. 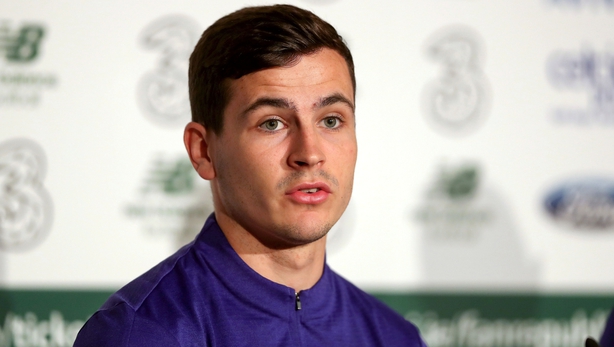 Cullen has previously described playing for Ireland as a chance "to honour their memory". At the team's Abbotstown training base on Monday, he underlined his desire to wear the shirt.

"As soon as I committed myself to Ireland, I was fully committed," he said. "I'm over the moon and really proud to be here.

"[The call-up] came as a surprise. Friday morning, [Charlton boss] Lee Bowyer called me in to the boot room before we were going out to training. He said, 'have you heard the good news? Mick McCarthy has been on the phone and he's going to call you into the squad'.

"I'm really happy to be called up for the first time. It's brilliant news."

It's just shy of a year since Ireland Under-21 coach Mark Kinsella waxed lyrical about Cullen.

The Under-21s all watched Rice make his senior debut in the friendly against Turkey before getting back to preparing for their own crunch qualifier against Azerbaijan.

"He's a completely different player to Declan," Kinsella said. "Declan would be more physical, get around, bite you, and Josh would be one who can get on the ball and make things happen. It's a great partnership."

That has proved to be the high point of Rice's days in green. If he plays for England in their qualifier against the Czech Republic at Wembley on Friday - with Jordan Henderson an injury doubt, he could well start - he'll pull on the Three Lions jersey almost a year to the day since that game in Tallaght.

He's gone down a different road. And while Josh Cullen has yet to scale the same heights as his former midfield partner, his final destination is clear.

Two young talents who started out on the same road may both be about to make their full senior international debuts on different sides of the Irish Sea.