Republic of Ireland defender Matt Doherty has admitted he had doubts about whether he could make it in the Premier League.

Doherty is Wolves' longest-serving player, having moved to Molineux from Bohemians in 2010. He has been part of Wolves' rise from League One to the top flight.

The 27-year-old is enjoying a stellar maiden campaign in the Premier League and is pleased with his form so far - even if he felt he did not get off to the best of starts.

"It takes a few games to adjust," he said. "The step up from the Championship is really big and at the beginning I had a few performances that weren't great.

"I scored an own goal against Leicester and when you do that you start to think about things and question yourself. Your confidence isn't the highest and you go through little periods where you're half-thinking 'I can't play here'.

"That's how bad it can get at times but overall I'm very happy with how things have gone so far. It's the best season of my career stats-wise and because of the league I'm in." 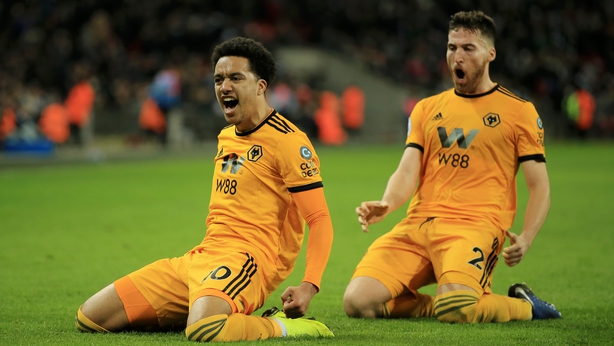 It all clicked for Doherty at the start of September, when Wolves got their first Premier League win - and clean sheet - away at West Ham.

"Something switched for me then," he said. "I just played well, we won 1-0, and that gave me the confidence to say 'yes, I'm able to do this'.

"From then on, I didn't really look back. I had the confidence, I knew I was able to play at this level. And I just took that forward.

"I guess I'm fortunate that the squad isn't huge - otherwise I could have been taken out of the team before I was able to play well. But there was nobody really to come into my position, so maybe I was fortunate that I got the time to prove myself."

The Premier League takes a back seat for Wolves this weekend as they host Manchester United in the FA Cup, looking to reach the semi-finals for the first time in 20 years.

Wanderers have excelled against the top teams this season, defeating Chelsea, Tottenham and Liverpool and drawing with United, Manchester City and Arsenal.

Doherty has also been named in Mick McCarthy's Republic of Ireland squad for the upcoming Euro 202 qualifiers against Gibraltar and Georgia and is relishing a crucial period for club and country.

"It's another big game against United but we back ourselves against the big teams and this season we've proven that we can hold our own against them," he said.