Manchester United and Barcelona will meet in the Champions League quarter-finals, while Manchester City and Tottenham Hotspur will square off in an all-Premier League clash.

Liverpool's reward for defeating Bayern Munich is a last-eight tie with Porto, while the other quarter-final from today's draw in Nyon has pitted Ajax against Juventus in a repeat of the 1996 final.

United and Liverpool will meet in the semi-finals if they reach the last four, with Tottenham or Manchester City facing the winner of the quarter-final between Ajax and Juventus.

The draw had an unusual feel with neither Bayern Munich nor Real Madrid in the hat, the first time both European giants have failed to reach the last eight since 2005-06.

Barcelona, who are in the last eight for the 12th successive season, will be away in the first leg after UEFA switched the order to avoid United's home match clashing with Manchester City, who host Spurs in their second leg.

On facing Tottenham, City boss Pep Guardiola said: "We know each other quite well. We have played each other many times. We have respect. (They are a) top side, so it's 50/50."

Former Liverpool goalkeeper Chris Kirkland was delighted by the draw, telling Sky Sports News: "I'd prefer being at home for the second leg but I'm extremely happy.

"Let's not disrespect Porto because they got to this stage for a reason, but they won't be looking forward to that tie."

Former Manchester City boss Stuart Pearce added: "I think Liverpool have gone as favourites now for the competition, being that side of the draw."

Speaking about Manchester United's tie with Barcelona, former Old Trafford boss David Moyes said: "It's an incredibly tough draw but a great draw. After beating Paris St Germain you can take anybody on.

"A great occasion, the sort of games that Manchester United are used to and it will be a great night."

Ajax, once a major European power who struggle to compete financially with clubs from bigger leagues, ousted Real Madrid in the last 16 and their tie against Juventus will be a repeat of the 1996 final, which the Serie A club won on penalties.

They also met in the final of the old European Cup in 1973 with the Dutch side winning 1-0.

"I'm neither happy nor sad. Ajax eliminated Madrid so they are no joke," said Juventus director Pavel Nedved. "I liked them a lot against Madrid so we will have to be very careful. We will have to face Ajax with great commitment: I expect two great games."

Remarkably, Juventus are unbeaten in their last ten meetings with Ajax, winning five of the last six.

The quarter-final first legs will take place on 9/10 April, with the return legs the following week.

The semi-finals will take place on 30 April/1 May and 7/8 April, with the final taking place at Estadio Metropolitano, Madrid on Saturday 1 June.

Meanwhile Chelsea manager Maurizio Sarri got his wish to avoid former club Napoli after the Italian side were drawn to face Arsenal in the quarter-finals of the Europa League.

Chelsea will take on Slavia Prague in the last eight following the draw in Nyon, which also produced an all-Spanish clash between Villarreal and Valencia.

The remaining tie sees Benfica take on Eintracht Frankfurt, with the winner facing Chelsea or Slavia Prague in the semi-finals.

Arsenal will face Villarreal or Valencia in the last four if they can get past Napoli, with the first leg switched to the Emirates to avoid two ties being played in London on the same night.

The draw keeps alive the possibility of an all-English final in Baku, Azerbaijan on 29 May.

Arsenal boss Unai Emery has already lifted the trophy three times with former club Sevilla and saw his side overturn a 3-1 first-leg deficit in the last-16 against Rennes on Thursday.

Chelsea cruised into the last eight with an 8-0 aggregate win over Dynamo Kiev.

🤩 The quarter-finals draw in full 🤩 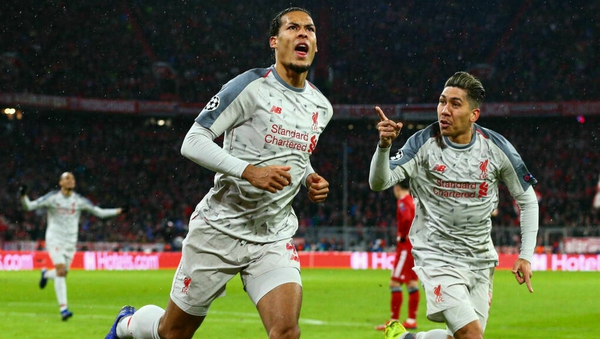