Romeo Parkes scored the game’s only goal as Sligo Rovers squeezed past UCD at the Showgrounds.

The win was manager Liam Buckley’s first home win, as the Bit O’Red saw off an impressive effort from the Students.

In a creative mood, the Dubliners gave the home side plenty to ponder throughout.

Romeo oh Romeo... The Jamaican striker broke UCD hearts and stole away the points for @sligorovers at The Showgrounds last night #RTEsoccer pic.twitter.com/MOc7S2yh33

The probing Richie O’Farrell brought an early stop out of Sligo goalkeeper Mitchell Beeney. While Rovers skipper Johnny Dunleavy had to block down a second O’Farrell effort moments later.

Liam Kerrigan cutting out a loose ball in the midfield, before slotting the ball into the path of Parkes who coolly placed his effort beyond Conor Kearns.

Collie O’Neill’s charges continued to worry the Sligo back line, with chances for Kevin Coffey and Richie O’Farrell who couldn’t direct his free header inside Beeney’s post.

The ex-Chelsea net minder stood between UCD and a deserved equaliser just short of the half hour.

Beeney bringing a strong hand to Gary O’Neill’s driven shot from the edge of the area.

As fortunate as Rovers may have been to lead at the break, they should have doubled their advantage ten minutes from the interval. 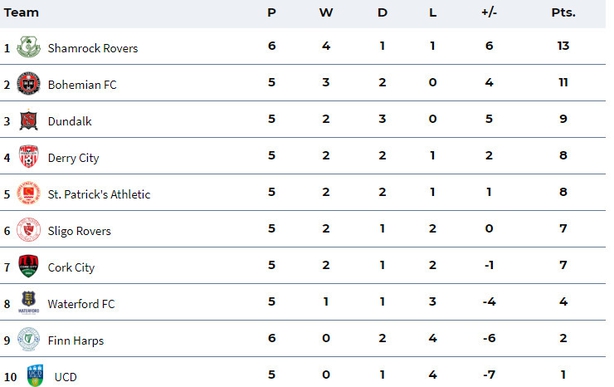 Ronan Murray’s superb ball up the right side allowed Kris Twardek break past Mark Dignam. The Canadian winger’s subsequent searching ball from wide finding Sam Warde, who seemed to get the ball stuck between his feet at the back post with the goal at his mercy.

Parkes was presented with a chance to double his tally courtesy of a through ball from Murray on 57. But Kearns watched the Jamaican international’s tame effort all the way.

Kearns was alive to hold on to substitute David Cawley’s shot from the angle ten minutes later.

While Beeney kept out Coffey at the other end, before centre half John Mahon had to react to take the ball off the toe of Mahdy on the rebound.

A Rovers body then somehow swept the ball off the line from the resulting corner.

UCD threw everything at Sligo in the final stages, but Rovers held out for a second win on the trot.