Pep Guardiola insists allegations of malpractice at Manchester City cannot taint his legacy or the achievements of his side.

The Premier League champions are facing investigations from a number of organisations over matters such as financial impropriety, recruitment of academy players and third-party ownership.

Many of the claims predate the arrival of Guardiola as manager in 2016, since when the club have excelled.

They won the Premier League with a record 100 points last season and are in contention for an unprecedented quadruple this year.

Guardiola said: "When you are fighting people want to underestimate what you achieve.

"I'm not too much concerned or worried about what people say if we win the title just because [of] what happens now with UEFA [and] they do not give us credit for what we have done. Believe me, I don't care. Absolutely zero.

"I know exactly what the guys are doing for the last two seasons and more.

"If we have made mistakes we will be punished. It is what it is on and off the pitch, but I'm pretty sure what we have done is incredible.

Asked if he was concerned these issues could affect his legacy, Guardiola said: "No, absolutely not."

On Friday the Premier League confirmed it had a probe into City under way. That came a day after European governing body UEFA announced it had launched a formal investigation into allegations of breaches of its Financial Fair Play regulations.

A statement read: "The Premier League has previously contacted Manchester City to request information regarding recent allegations and is in ongoing dialogue with the club.

"The League has detailed financial regulations and strong rules in the areas of Academy player recruitment and third-party ownership.

"We are currently investigating these matters and will allow Manchester City every opportunity to explain the context and detail surrounding them."

There have been reports that world governing body FIFA is also looking into the issues concerning Academy player recruitment and third-party ownership. The Football Association, meanwhile, is investigating a claim City made a banned payment to the agent of then 14-year-old Jadon Sancho when he joined the club from Watford four years ago. 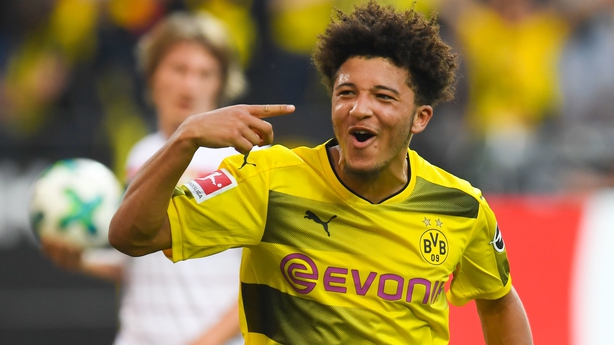 Sancho, who is now an England international, left City for Borussia Dortmund in 2017. Press Association Sport understands Watford are monitoring the situation following reports they could also take action.

City have denied all allegations against them, many of which were made in a series of articles by German publication Der Spiegel. City have claimed "the attempt to damage the club's reputation is organised and clear".

Responding to the UEFA investigation, City said in a statement: "Manchester City welcomes the opening of a formal UEFA investigation as an opportunity to bring to an end the speculation resulting from the illegal hacking and out of context publication of City emails.

"The accusations of financial irregularities are entirely false. The club's published accounts are full and complete and a matter of legal and regulatory record."

Speaking at a press conference to preview Saturday's game against Watford, expressed confidence in the club and urged authorities to deal with the matters quickly.

He said: "I think the club made their statement yesterday, I can't add more than that.

"The club is open, so hopefully it can finish as soon as possible and UEFA can decide what it sees.

"I said last season I trust a lot what the club has done because I know them. Hopefully they can solve it as soon as possible."