Ole Gunnar Solskjaer remained tight-lipped about his Manchester United future despite increasing talk about when, rather than if, the caretaker manager is given the job on a permanent basis.

Solskjaer has won 14 of his 17 matches in charge, and on Wednesday rendered his only loss to date meaningless as United became the first team in Champions League history to overcome a  home first-leg loss of two goals.

Wednesday's jaw-dropping 3-1 win at Paris St Germain even saw a bookmaker pay out on the overriding favourite succeeding Jose Mourinho full time, but, much like the club, he is keeping quiet.

"Of course, I love managing these boys, I love working here," Solskjaer said.

"As I said so many times, I am just doing the best I can every single day, and if and when... if it comes to a decision to be made, we've got to think about that."

United's players are confident Solskjaer will have a decision to make. 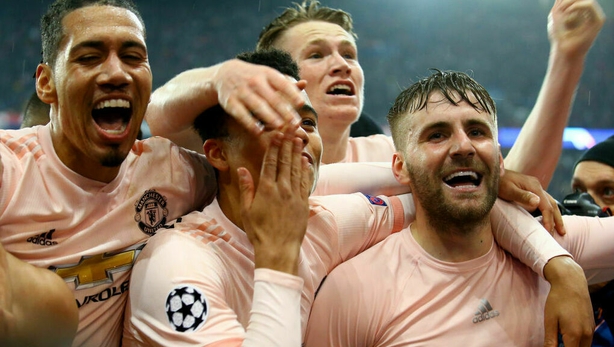 Luke Shaw is "certain" the Norwegian will get the job, while Romelu Lukaku asked in Paris "What else does he have to do?"

Such comments heightened talk that Solskjaer himself fuelled  by admitting to a Norwegian podcast that his contract with Molde, the club he is supposed to return to in the summer, has been terminated.

"That's just the media," Solskjaer said of the constant speculation. "I am not here to get excited, I am here to do my job.

"I am contracted to Man United until the end of June."

Solskjaer has been looking ahead to summer signings and pre-season plans, but his main focus now is Sunday's trip to Arsenal.

Still unbeaten domestically, United head to the Emirates Stadium - a ground where they beat the Gunners 3-1 in the FA Cup in January - with their absentee list easing.

Paul Pogba is available after serving a European suspension in Paris, Anthony Martial has recovered from a groin injury, while Ander Herrera and Nemanja Matic are pushing for a return.

"Eric [Bailly] is fine," Solskjaer said of a defender he substituted after 36 minutes in Paris.

"Anthony will be available and hopefully we'll have Nemanja and/or Ander ready as well.

"We're looking better for it. They just need to have another couple of days training with the team. They've done well with their recovery work."

Those involved in Paris are also fine after re-focusing on domestic matters following the high of the Champions League triumph when Marcus Rashford's stoppage-time penalty sealed progress to the quarter-finals. 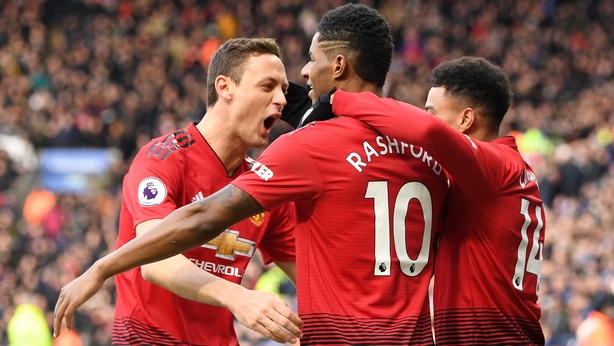 Solskjaer would love the 21-year-old to become one of the club's "quality legends" but staying in the team is key for now, as is showing the clinical finishing displayed by the likes of Lukaku and Cristiano Ronaldo.

"I keep battering him with it, that he should also score as many goals as Rom after the training session has finished," the former striker said.

"He should always get those simple tap-ins, finishes from close range, like Rom scored in the last few games.

"Rashy's goals are sometimes worldies, and he does have a sensational strike of the ball but you see the improvement and maturity and change in Cristiano's goals from when he was young to now.

"He scores more from inside the box, and that's what Rashy has to do - improve his tap-ins, movement in the box, staying in the box, getting away from the centre-backs a few more times.

"You can get those extra five or 10 goals from staying in the box, and he's been told that."