Andrew Robertson admits Liverpool need to rediscover their spark to keep the Premier League race in their hands.

Four draws in five matches - albeit one the goalless Champions League encounter with Bayern Munich - has taken some of the sting out of Jurgen Klopp's side.

They have made a stuttering return to the top of the table and currently lead Manchester City by a point, but of the five goals they have scored in four league matches three came against a subservient Bournemouth team.

With Watford arriving at Anfield on Wednesday four days before a Merseyside derby at Goodison Park the onus is on Klopp's side to re-establish their aura.

"The last two games (have been) 0-0 so it's easy to say there's a spark missing," said Robertson.

"You can't play well in every game but it's about grinding out results. We might well look back on these games and say: 'You know what, at a time we weren't playing our best we ground out results and that's what won us the league'.

"There are always times in the season where every team will look at it but we need to start getting back to playing better and attacking better." 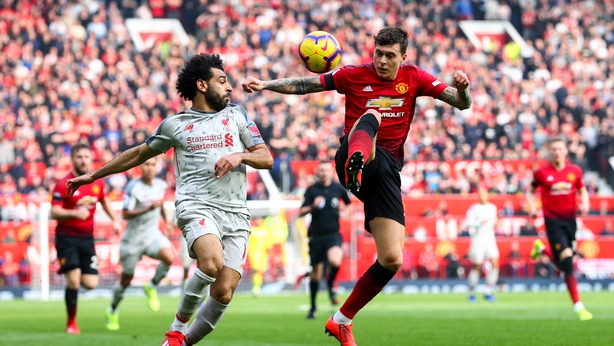 The goalless draw at an injury-ravaged Manchester United was not the worst point gained this season as it was enough to lift them back above City and keep Liverpool's destiny in their own hands.

"Easy isn't it? If we win every game we win the league. No other team can say that," added the Scotland captain.

"But it's the Premier League, there are going to be a lot of twists and turns and I do believe it'll go right to the wire.

"It's an exciting opportunity that we've got here and we just need to grab it with both hands and at least at the end of the season we can say we gave it our all whether we weren't good enough or we were, as long as we've given it 100 per cent.

"It's a big week so we need to recover and then look forward to Wednesday and hopefully we can be a bit more clinical with the last pass." 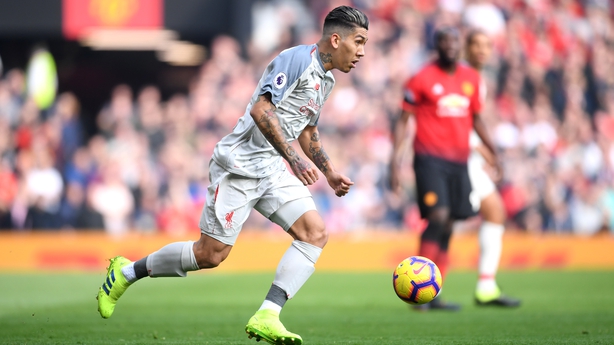 Liverpool are set to be without Roberto Firmino in midweek as they await the results of a scan on the right ankle he rolled at Old Trafford.

The Brazil international is key to Klopp's game plan and there is no like-for-like replacement so Xherdan Shaqiri, Adam Lallana and Naby Keita are likely to be vying for the vacant place in a what will probably a change in formation to 4-2-3-1 with Mohamed Salah playing centrally.

"He's our main striker, of course it would be (a blow)," said Robertson. We'll wait and see and hopefully, if he is out, he won't be out for long and we can have him back because he's a big part of this squad."