Pep Guardiola may be hoping for a favour from Manchester United this weekend - but he insists it will be the furthest thing from his mind.

Guardiola's Manchester City face Chelsea in the Carabao Cup final on Sunday while their chief title rivals Liverpool travel to Old Trafford in the Premier League.

Victory for the Merseysiders would take them three points clear at the top of the table but a defeat would see the initiative switch to champions City, who have goal difference in their favour.

"Of course, it would be good for us if Manchester United can get a result," said City boss Guardiola. "But we have a final and, once we are in the final, it is the most important game in the season.

Guardiola is determined to add more trophies to City's growing honours board having guided them to Carabao Cup and Premier League success last year.

He said: "Maybe for United or Liverpool it's not important because they have many in the trophy cabinet and they have many, many titles, but it's not the case for us.

"It always helps us to grow as a club, for the new players coming and the new managers in the future, they have to know and have to arrive in the latter stages of all the titles.

"Chelsea have played, in the last decade, a lot more finals than us and it will be an incredibly tough game for them and for us but, of course, we want to win it."

Success for City at Wembley could be the first part of an unprecedented quadruple but mention of four trophies irks Guardiola. He feels it is far too soon to be discussing such a possibility. 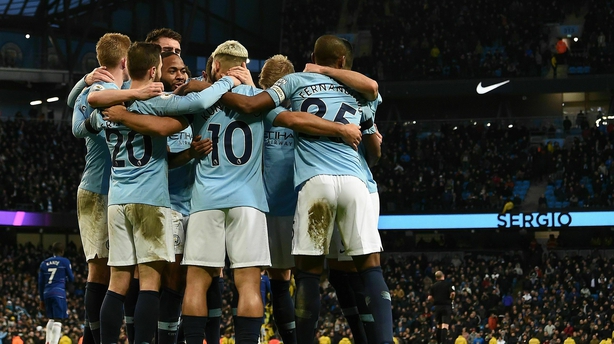 Guardiola, who has previously referred to the quadruple as "fantasy", said: "Ask me this question in April or May and after I will tell you the answer. I will not lie to you in May.

"But now it is February and it is impossible to talk about that. It sells an illusion. How many times, in England, has one team won four titles in a season?

"Don't put that pressure on our shoulders because we don't deserve it.

"The legacy in Sir Alex Ferguson's United - he never did that. Liverpool in the 80s, how many Champions Leagues did they have in their pockets? They didn't do that.

"So don't put the pressure on one team in February or November or December to say you have to win four titles, it's impossible. In May, we will see."