In the first of 18 live games this season across the SSE Airtricity League and Irish Daily Mail FAI Cup, Peter Collins will have live coverage as champions Dundalk start their Premier Division title defence against Sligo Rovers at Oriel Park at 7.45pm. The progamme begins at 7:30pm.

He will be joined by Stuey Byrne and Richie Sadlier with George Hamilton and Pat Fenlon on commentary.

Along with the live featured game, Friday Night Soccer will have all the action and reaction from around the league and will stay on air until 10:30pm.

Soccer Republic returns for the new season next Monday (18 February, 7.30pm, RTÉ2 & RTÉ Player) with all the weekend’s goals plus the best of the rest of the action from the first round of games and reaction from managers and players. 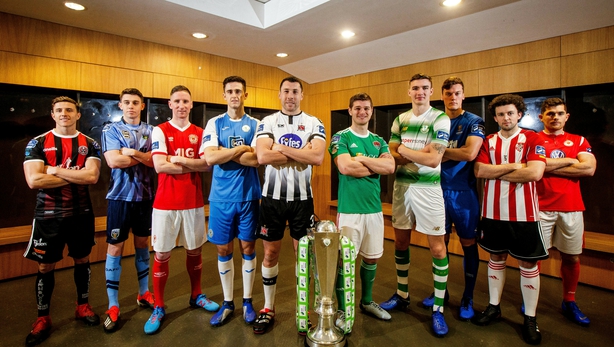 Saturday Sport on RTÉ Radio 1 and Game On on RTÉ2fm will have regular features, previews and interviews throughout the season.

RTÉ.ie and the RTÉ News Now app will provide live blogs every Friday night with the latest from all the top flight matches, along with previews in the run-up to the games.

Also this year, the RTÉ Soccer Podcast presented by Adrian Eames and Tony O'Donoghue will bring fans all the latest in Irish soccer  - from the international sides to the Airtricity League - with big name interviews and analysis from RTÉ's leading pundits.

"In addition to the live game, Friday Night Soccer will bring fans and viewers all the rest of the night's goals, action and reaction while Soccer Republic will return at 7.30pm on Monday evenings."