Liverpool defender Andrew Robertson has laughed off suggestions manager Jurgen Klopp was feeling the strain after their title-race wobble.

Back-to-back 1-1 draws against Leicester and West Ham allowed Manchester City to briefly overtake them at the top of the table prior the Reds' 3-0 win over Bournemouth on Saturday.

That blip led to all manner of questioning about the German's demeanour, with pundits analysing his every word in post-match interviews and a number suggesting his criticism of weather conditions and refereeing decisions meant he was feeling the pressure of squandering a five-point lead, albeit with a match in hand.

Robertson, however, said the exact opposite was true. 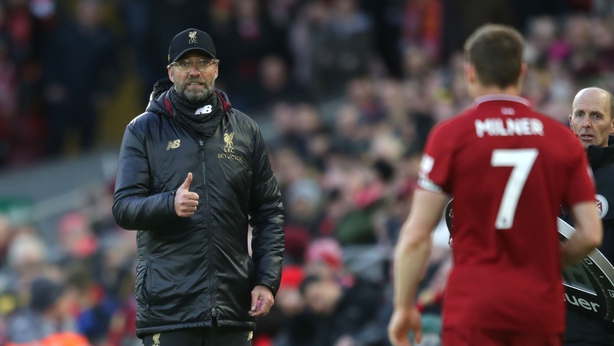 "He has been calm and the backroom staff have been a different class," said the Scotland captain.

"When people say he is nervous or we are nervous it couldn't be further from the truth.

"He's probably been more 'smiley'. He is just trying to get us going and it's obviously worked.

"In terms of the players we've not seen any difference in any of the staff and that feeds into the players and we've not changed; whether we draw, win or lose it doesn't change.

"It's a relaxed training ground and it is all about winning games. The only thing we get annoyed about - not nervous about - is that we want to win every game.

"If we have a bad result we use that to put in a positive performance the next game and that's what we've done.

"Since Monday (at West Ham) we've studied this (Bournemouth) game.

"We wanted to have a clean sheet and we wanted to get some goals back in and it could have been a lot more (than 3-0)."

The performance against a Bournemouth side who have now lost nine away matches in succession and have 13 defeats in the last 18 matches in all competitions showed a return to the high-energy pressing game and clinical counter-attacking which has been so successful for Liverpool. 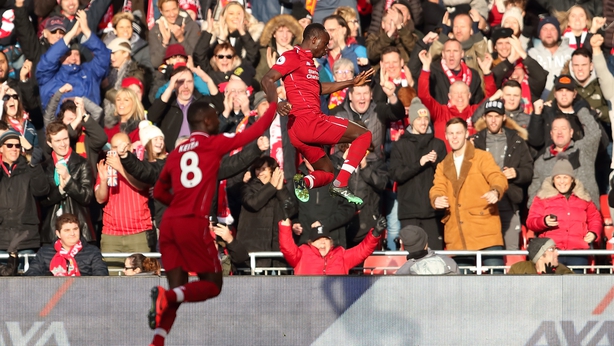 Sadio Mane reached his own personal landmark by scoring in a fourth successive Premier League match for the first time, although his close-range header from James Milner's cross had a suspicion of offside.

But there were no doubts about the second and third goals. A three-man press of Robertson, Mane and Naby Keita forced former Reds winger Jordon Ibe to lose possession and Georginio Wijnaldum's one-touch control and clever lob was exquisite.

Mohamed Salah's 20th of the season came after Keita's outside-of-the-foot through-ball had been backheeled into his path by Roberto Firmino.

It means Liverpool fly to Marbella on Monday for warm weather training with their season firmly back on track.

"I don't think it's a message to any other team or anything," said Robertson.

"It's maybe a message to our fans and everyone connected to the club that we're here.

"We fought for everything and got the result that we needed."

Cherries boss Eddie Howe's priority now is to find some consistency as, after hammering Chelsea 4-0 a fortnight ago, he knows they have the quality.

"It's been difficult for us, personally I think it's not just a home form and away form, I think it's just inconsistencies," he said.

"We've had inconsistencies and never quite found that way to produce results.

"We're looking to put that right, when we're very good we can beat anybody."