LA Galaxy will honour former England captain David Beckham with a statue outside their stadium.

The Galaxy announced the move in a mailout sent to season-ticket holders, saying the statue would be unveiled outside Dignity Health Sports Park before their Major League Soccer season opener against the Chicago Fire on March 2. 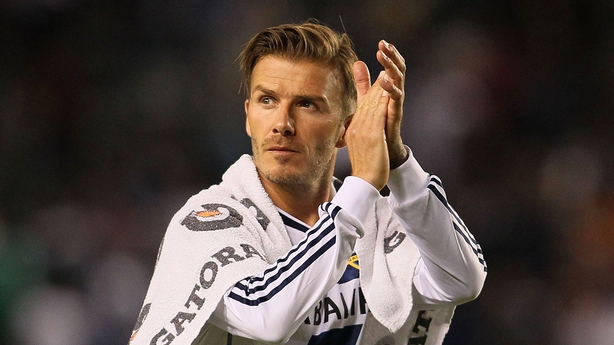 The ex-Manchester United and Real Madrid midfielder was the first true global star to play in the American league - a path later taken by the likes of Thierry Henry, Bastian Schweinsteiger and Zlatan Ibrahimovic as the competition grew in stature.

And he will now become the first player from any club to be honoured with a statue. Lamar Hunt, the former owner of FC Dallas, Sporting Kansas City and the Columbus Crew, and for whom US Open Cup is named, has a trophy at Toyota Stadium in Texas.

Beckham is in the process of forming his own MLS franchise, Inter Miami, who are due to begin playing in 2020.