Mauricio Pochettino feels it will be "tough" for Tottenham to complete the move to their new stadium before the end of the season.

The club announced another delay to their move home when it was confirmed earlier this week that the north London derby against Arsenal on March 2 will now take place at Wembley.

Spurs were originally due to move into their new 62,000-seater White Hart Lane stadium for the start of the current campaign.

The move has been put back on numerous occasions and now, with the Arsenal game confirmed as being played at Wembley, there are only five home games left.

Pochettino, whose side remain in the title race and sit just five points behind leaders Manchester City, has reiterated on several occasions that he wants to move as soon as possible but now fears it may not happen in time.

Asked if he still expected to relocate before the end of the season, he replied: "My gut feeling (is that) it will be tough but I hope and I wish to be in the new stadium.

"I don't want to think too much. My wish is to play at the new stadium before the end of the season. We'll see what happens.

"We'll see if you can trust more in my gut or the capacity to finish the stadium before the end of the season.

"Of course the people are going to be disappointed to play at Wembley, not because they don't like Wembley - we all love Wembley - but because we expect to already be playing in our new stadium.

"That's why it's going to be massive to play the last five Premier League games in our new stadium. I hope that happens, I believe it can be very positive to move to the new stadium."

Pochettino spoke of his disappointment that their Premier League clash with Leicester has been moved to Sunday for television when Spurs face Borussia Dortmund in the Champions League on Wednesday. 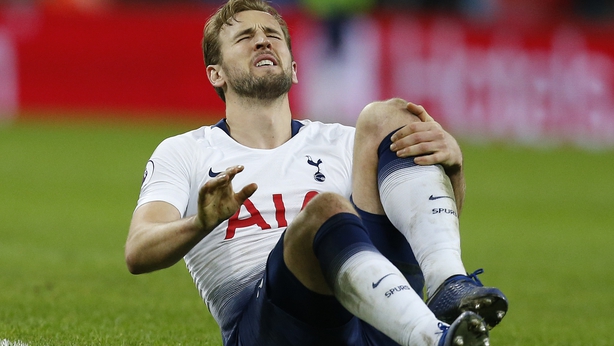 Harry Kane will not be fit for either of those games due to an ankle injury, but Pochettino believes the England captain could be back for the trip to Burnley on February 23.

"Now he is here, he is doing well, he is doing fantastic, you know very well we need to stop him every day because he wants to be ahead of his recovery," Pochettino added.

"He's very optimistic and determined to play as soon as possible - it's unbelievable but he's doing well, if you see him he's nearly ready to play but we need to be realistic too and of course in between all the areas to take the best decision.

"He's so close to coming back again. Not for Sunday, not for Wednesday but we will see after."

Pochettino also denied he and assistant coach Jesus Perez had a secret dinner date with David Beckham and Zinedine Zidane during the week.

With Beckham and Zidane both having played for Real Madrid and Pochettino heavily linked with the managerial post at the Bernabeu, there were plenty of raised eyebrows when all were photographed leaving the same London restaurant on Tuesday.

"I was with Jesus and another person, we were three and there was a table, we met by coincidence with (Beckham and Zidane) and that is all there is to it," Pochettino said when quizzed over the incident.

"We only said hello because we met by coincidence there but then the story appears and how do you stop it? That is reality.

"Jesus said 'look in the corner, who it is', then I saw these two people with two people more. We finished, nearly at the same time.

"(Beckham) came to say hello and we spent two minutes talking together and then we split. We went back home."