Liverpool manager Jurgen Klopp admits they cannot hope to coast to the Premier League title beating every side in their way.

The German viewed the 1-1 draw with Leicester, with Harry Maguire cancelling out Sadio Mane's third-minute goal, as a point gained rather than two dropped in the title race.

It was not an opinion shared by fans, whose hopes of re-establishing a seven-point lead at the top of the Premier League were boosted by Manchester City's surprise defeat at Newcastle on Tuesday.

However, Klopp is happy with the five-point advantage they currently have and spelled out just how difficult they know life will be in the final three months of the season.

"We have to accept the result, which is no problem," he said.

"We don't think we run through the league and beat everybody. We got a point. Not perfect but still good enough.

"Am I disappointed after we don't win a game? Of course I am. But I don't bring it together with the Man City game. I understand all these thoughts, but what shall we do now? 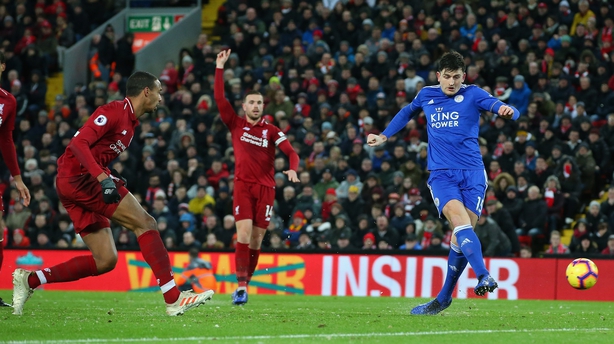 "It's easy to ask all these questions, but we have to make sure that we are not influenced too much by these things.

"But then we have to talk about what does it mean for the Man City thing? Not too much to be honest.

"We have a point more than before. That's not exactly what we wanted to have, but still everything is fine in the moment.

"That's what we do, not counting points and hoping for gaps between us and other teams. We have to win our football games. That didn't happen and so we are not happy about that, but nothing more."

Klopp was less happy with the performance of referee Martin Atkinson.

Maguire was lucky to escape with a yellow card for bringing down Mane as he threatened to race clear, while Naby Keita was denied a penalty after a second-half challenge by Ricardo Pereira.

"I think everyone agrees it could have been a penalty but I don't know why it was not given," Klopp said.

"I don't know what he thought in that moment. I think he had the best position.

"A penalty is a penalty, there was no blood involved again but it's a penalty because one of our players is in the box.

"Then we have the situation with Maguire, the second time in a game where a striker of ours is brought down at the halfway line, and we treat it like it was I don't know where! 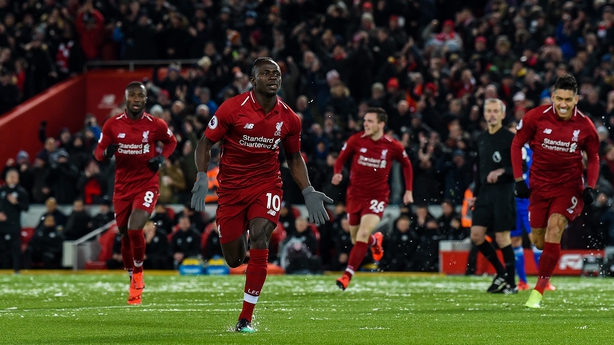 "Mane would not have been alone [on goal] because Mo Salah would have been around him, it was a two-versus-Schmeichel situation, if that is not a real goalscoring situation, I don't know what is."

The draw ended a run of three successive defeats and Leicester boss Claude Puel was satisfied with the result but felt slightly disappointed they did not make more of their improved display.

"I think it is a good performance. I have a little regret at the end because we had some fantastic chances at the beginning of the second half," he said.

"We showed fantastic character and personality."