Martin O'Neill secured his first win as Nottingham Forest manager as Wigan's away-day misery was maintained at the City Ground, with a trio of crisp finishes guiding the Reds to a 3-1 win.

Joe Lolley, Matty Cash and Adlene Guedioura all found the bottom corner of the net with finishes from the periphery of the box, as ex-Sligo Rovers boss Paul Cook saw his side's hopes of just a second away win of the season go up in smnoke.

Josh Windass' 33rd-minute strike had cancelled out Lolley's opening goal - which game on his 50th appearance for the club.

But Forest took control after the break, as Cash scored three minutes into the second half, before Guedioura rounded things off nine minutes from the end.

O'Neill only took the reins 11 days ago but he'll be relieved to get off the mark. His first game in charge ended in a disappointing home loss to Bristol City. Today, it was a different story. 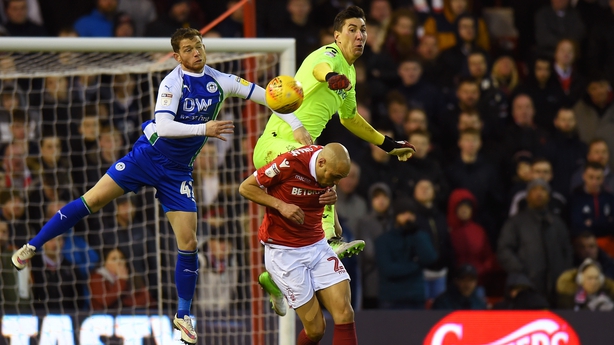 Wigan had a chance when Reece James bent a free-kick a few feet wide of the upright, amid a tentative start to the game from both sides.

Lolley had a couple of threatening darts into the Wigan box, which might have served as a warning to the visitors.

Because, in the 19th minute, after exchanging passes with Osborn, Lolley advanced towards the edge of the box, before looking up to deliver a precise finish across goal and inside the far post.

Wigan's response was positive, as Kal Naismith forced a strong save from Costel Pantilimon with a rising shot. Nathan Byrne then missed a golden chance, as he flicked a header wide.

But Wigan were to level in the 33rd minute when Michael Jacobs fed Windass just outside the area. Windass fired a crisp low shot towards the bottom corner, which Pantilimon could not keep out, despite getting a hand to the ball.

Forest saw Cash lash a low effort narrowly wide. Three minutes into the second half, Cash found himself with another opportunity - and this time took it with impressive accuracy.

After being fed by Guedioura, Cash cut in from the right side, before delivering a crisp shot across goal and into the bottom corner. 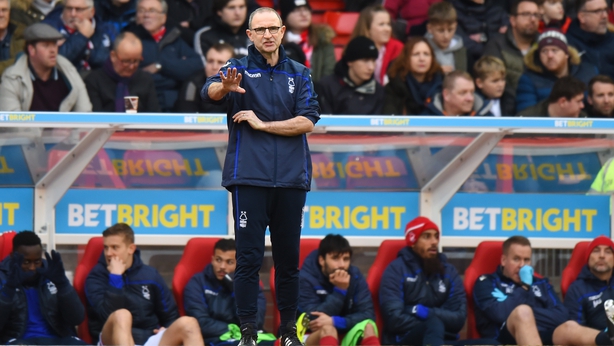 Pantilimon had to produce a big save to keep out a close-range effort from Kipre, as Wigan looked for another equaliser.

Cash bravely attacked a fine cross from Lolley, at the far post, but saw his glancing header bounce wide.

Jacobs was a whisker away with a curling shot for Wigan, as they pushed again.

The Reds gave themselves a cushion as Guedioura became the third Forest player to find the bottom corner of the net from range.

Guedioura was then replaced by Claudio Yacob and the Argentinian was immediately at the centre of things.

As James hit the woodwork with a free-kick, Yacob slid in to make an attempted clearance, but only succeeded in bringing down Windass to concede a penalty.

Joe Garner quickly put the ball on the spot, but Pantilimon guessed correctly, diving low to his right to make a strong save, before making another to deny Sam Morsy as he tried to force home the rebound.