The Football Association of Ireland has confirmed the 19 coaches who will make up the 2019/20 UEFA Pro Licence course, with Damien Duff, Robbie Keane and Jim McGuinness among those trying to attain the qualification.

Perth, head coach at Dundalk, is among those from the SSE Airtricity League

Amongst the group are former Republic of Ireland internationals Keane, Duff, Keith Andrews and Andy Reid, ex-Canadian Player of the Year Jim Brennan, All-Ireland-winning coach McGuinness, and seven coaches currently working in the League of Ireland.

Szilard Suto works with a club in Hungary and recently completed his UEFA Elite Youth A Licence with the FAI, while Srdjan Tufegdzic comes in due to Iceland - where he currently coaches - not having the capacity to host their own UEFA Pro Licence course.

Andrews returns to the course having deferred his place in the last group due to work commitments, while former underage Ireland internationals Paddy McCarthy and Kevin Maher bring their experience of working in England with Crystal Palace and Southend United respectively.

FAI High Performance Director Ruud Dokter is excited about working with this group of ambitious coaches, who begin the 18-month course on Monday.

"It is fantastic to unveil the participants for the latest UEFA Pro Licence course run by the FAI, which will include 19 highly-skilled coaches aiming to take the next step in their respective careers," said Dokter. 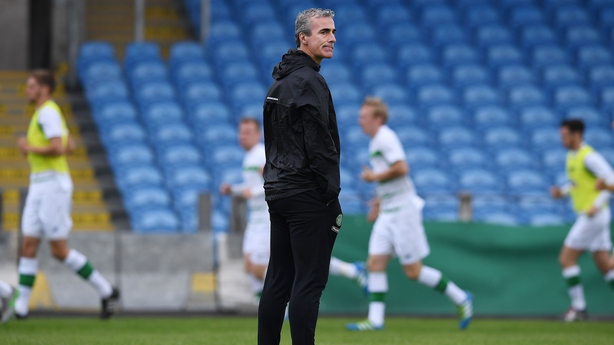 "This will be our sixth group at Pro Licence level and it includes candidates from various backgrounds, including various former international players, coaches excelling in the SSE Airtricity League, and others who are making an impact further afield in places like the United States.

"The FAI has placed a strong emphasis on coach education and development - under the guidance of Niall O'Regan - and previous graduates from this course, which is the highest level in Europe, have been able to progress in their respective careers. I look forward to working with this new group."

"We are delighted to announce the group entering the 2019-2020 UEFA Pro Licence. After the success of the previous courses and, most recently the course which finished in 2018, it is great to see the coaches all actively working and putting their learnings into practice," said O'Regan.

"For us to have so many graduates working in the SSE Airtricity League is a real success of the programme, while many others are involved with the international teams which is a credit to each of the coaches.

"It is fantastic to welcome a coach from the Icelandic League, who we are happy to assist. The course will see the coaches challenged on all aspects of the game and we look forward to working towards graduating the group and increasing our number of Pro Licence holders to 96 by 2020."