Pep Guardiola claims he has no idea what to expect from Huddersfield this weekend.

The famously thorough Manchester City manager says the departure of David Wagner as Terriers boss has left him at a loss ahead of Sunday's Premier League trip to the John Smith's Stadium.

Mark Hudson, the club's Under-23s coach, has taken temporary charge and Guardiola concedes he knows little about the former Town captain or his footballing ideals.

Guardiola said: "It's a little bit of a problem really because we don't know. Even when you have just one game for a manager you can have an idea.

"Of course we have some info about what he's done at the under-23 (level), but it's completely different.

"We will have to immediately adapt after five or 10 minutes. The players will have to understand exactly what is going to happen with the game and adapt as quickly as possible."

Notwithstanding that, given current league positions and form, City will be overwhelming favourites.

Guardiola's champions are in another title race while Huddersfield are bottom of the table, eight points off safety having lost eight of their last nine games, the other being last week's goalless draw at Cardiff. 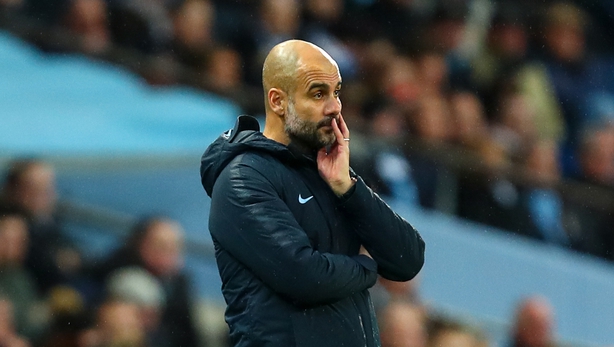 But despite their recent run, Guardiola was keen to pay tribute to Wagner, who lifted Huddersfield from the lower reaches of the Championship to the top flight.

He said: "First of all, a big compliment to Wagner for what he has done in the club - 40 years not in the Premier League and then promoted and an incredible season last season. He did an incredible job."

Guardiola, who took a year out of management after leaving Barcelona in 2012, can understand why the German felt the need to take a break but he expects him to return.

He said: "I understand completely. We feel a lot of pressure - all the managers feel that.

"But I am pretty sure he is coming back. Our job is so addictive too. When you take a break you realise how good you can do it and you want to come back. Everyone feels that situation."