Celtic midfielder Callum McGregor admits Scott Brown would be a massive loss as Western Melbourne grow more confident of succeeding in a move for the Parkhead skipper.

The A-League newcomers are hoping to sign Brown when his Celtic contract expires in the summer and interim chief executive Maurice Bisetto has declared they are close to their marquee signing ahead of their debut season.

He added in the Sydney Morning Herald: "We think Scott Brown has a lot of positives and could make a significant contribution to a new club... as a leader [on and off field]."

And McGregor admitted the loss of the 33-year-old midfielder would be a significant blow.

"He has been a massive part of this club for 11 years and if you ask any player in there in terms of the character and how good a player he is, he would be a massive loss for Celtic," the Scotland international said.

"I think we would be doing everything we can to keep him.

"He is such a big character on and off the field. He helps everyone, older lads, and younger lads coming through.

"He is that figurehead for the boys in the changing room. Ask any player, they definitely want him to stay."

McGregor is looking to continue his fine record in the William Hill Scottish Cup when Celtic host Airdrie on Saturday evening.

The 25-year-old Hoops midfielder has never lost a tie in 90 minutes - albeit he was part of the Parkhead side which was beaten by Rangers in the semi-final on penalties in 2016 - and is targeting his third successive winners' medal. 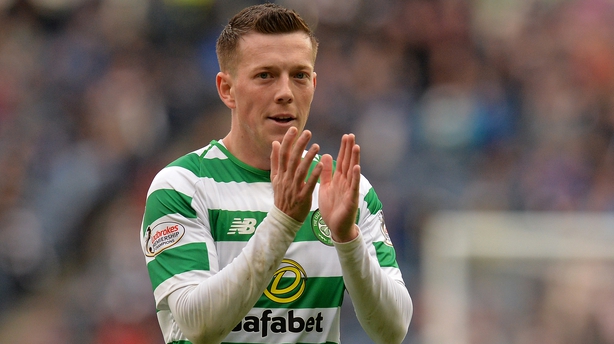 McGregor, who scored in each of the last two semi-final wins over Rangers and notched the opening goal in last season's final against Motherwell, hopes to help Celtic take the next step towards the domestic treble-treble.

"It is always good when you are successful and you try to keep the run going as long as you can," McGregor said.

"It is a competition we have done well in, in recent years, so we want to start well on Saturday and see how far we can go in terms of the trophy as well.

"We know how difficult it is to win these trophies and continually putting in good performances.

"We know it will be tough but our aim is to go as far as we can."

Brendan Rodgers' side are overwhelming favourites against the Ladbrokes League One outfit but McGregor stressed that there will be no sense of complacency.

"You are never too big for anybody to come and beat you. You always have to guard against it," he added.

"You have to prepare properly, work hard on the day and want it more than your opponent, and also play well.

"You have to approach it professionally and look to get through to the next round.

"We have done our stuff tactically and in terms of what they can bring to the table, we prepare the same as any other game.

"We have been fortunate that in the big games and cup games we have brought our A-game in terms of getting through so it is the same idea on Saturday."