Damien Duff insists his new coaching role at Celtic is the next best thing to playing for his boyhood club and he claims that it's the only job he would have left Shamrock Rovers for.

The former Chelsea, Newcastle, Fulham, Blackburn and Republic of Ireland winger has been appointed the Hoops' reserve team coach.

The Dubliner, 39, claimed only Celtic could have tempted him to move from Shamrock Rovers, where he was part of the coaching staff.

Duff said: "I have been here 10 days and I have loved every minute of it.

"When I went through the interview process six to eight weeks ago, it was the only club I would have left Ireland for, brought my family and took my kids out of school.

"If anyone else had come calling - not that they did - it (Celtic) was the only club I would have left for, that's how happy I am.

"I've had the kits all the way through. Celtic and Man United were my teams.

"Obviously, the club is massive and I think you know the Irish connection anyway, no one has to teach you that back home, it is in your blood from the day you are born. 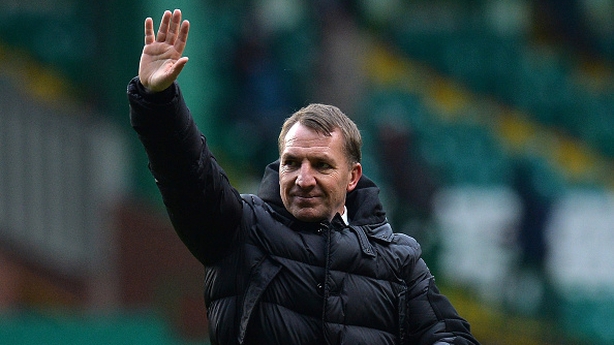 Duff first came across Hoops boss Brendan Rodgers when the Northern Irishman was a youth coach at Chelsea and he revealed Celtic provided a connection then.

He said: "That's where I got to know him. He was brilliant with me there. We would talk about Celtic when were there.

"It is obviously my dream club and it was his dream club then, he was always a Celtic fan and we would have a bit of craic and banter back then, 15, 16 years ago.

"We go back a long way, but I wasn't offered the job just because Brendan is here. I went through the interview process like everyone else and worked hard for it.

"He is definitely an inspiration and influence, he is one of the best in the world."

Speaking about his new role at the reigning champions, Duff said: "I am not claiming to know everything.

"I feel like I am learning the game all over again on the touchlines.

"It is a massive role and I am going to embrace it. I think across the board, in England, Ireland, Scotland, lads just do enough and they think that will get you to be a footballer, but it is not, you have to do more than enough every day.

"I would have done anything at 16 to be a footballer, I would have run over my granny. I will help them all I can."