Tottenham manager Mauricio Pochettino is not focused on the goings on at Manchester United ahead of their Premier League showdown today (4.30pm).

Pochettino is widely reported to be United's first choice to take over from caretaker boss Ole Gunnar Solskjaer at Old Trafford in the summer.

The Argentinian, who has said he would like to stay at Spurs for the next 20 years, was not willing to give an answer to why United have improved so dramatically since his friend Jose Mourinho's sacking, with Solskjaer winning his first five games in charge.

"I think from the distance it's so difficult," he said. "Of course I cannot be unfair with both managers. After Mourinho the reality is that they've won five games in a row.

"Always you know that when a new person arrives, or manager, it's like refreshing the atmosphere at the club, and for many players that maybe didn't play with another manager, it's an option to play more.

⏱️ 🗣️ Mauricio: "This season it looks like all the games are big games and are all important." #COYS pic.twitter.com/x0Ga4jV9Bp

"It's a new voice that motivates you. But of course I'm not going to judge. It's so unfair to judge Ole because he's won five games or lost five games.

"Of course for me only I am focused on trying to win the game. Because we know that we need the three points to be in that race for the Premier League, to be in the top four, for the end of the season to be there.

"I have huge respect for Mourinho and of course for Solksjaer. I cannot talk about what happened and what is happening." 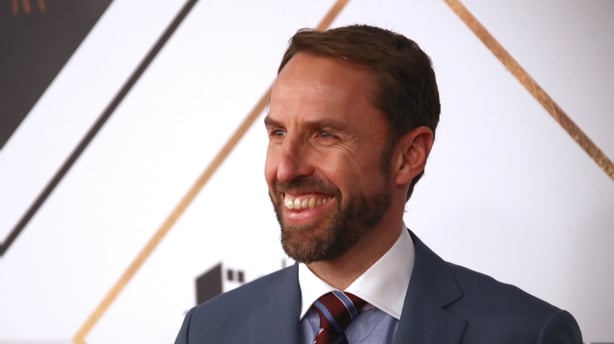 Meanwhile, England manager Gareth Southgate is reportedly under consideration for the United job.

Southgate dominated talk ahead of the Premier League encounter after the Sunday Telegraph reported that United are considering an approach for the Three Lions boss due to increasing concerns that Pochettino will stay put.

Press Association Sport understands no one has been ruled in or out at this stage as the club assesses their options ahead of naming Mourinho's permanent successor in the summer.

Southgate's place on the short list makes sense after his work at the England helm.

The 48-year-old led the country to the World Cup semi-finals for just the third time, before sealing the Three Lions' place at the inaugural Nations League finals.

United have been in Dubai this week on a warm-weather training camp, while Spurs were involved in midweek Carabao Cup action, beating Chelsea 1-0.

Pochettino, though, does not think that will have an effect and says the reverse fixture, which Spurs won 3-0, will have even less bearing.

"The team is in very good form. Of course to win five games always builds confidence - your self-belief, your ego is high," Pochettino said of his opponents.

"They had the whole week to prepare in Dubai in a very good atmosphere and we had the semi-final against Chelsea, but that is not an excuse to say we're not going to compete.

"We are going to compete in our best way. I am completely sure it will be tough, but we must assess today Manchester United.

"When we played there it was 3-0 for us, but in the first half it should have been 3-0 to Manchester United. You remember I was so disappointed.

"The club have unbelievable players, structure and history in winning titles.

"Of course it's going to be competitive and I'm going to try to enjoy the game, because football for me is not a drama.

"It's on Sunday to enjoy a very nice moment and game between two teams who try to play very good football."