Shane Long scored what proved to be the winning goal as the ten men of Southampton claimed a gutsy 2-1 victory over Leicester.

Long's strike, in first-half injury time, came just 120 seconds after Yan Valery had been sent off for a second bookable offence.

Wilfred Ndidi pulled a goal back in the second half for the Foxes but Claude Puel suffered defeat against his former club.

Southampton moved a point above the Premier League drop zone after just a fourth win of the season. 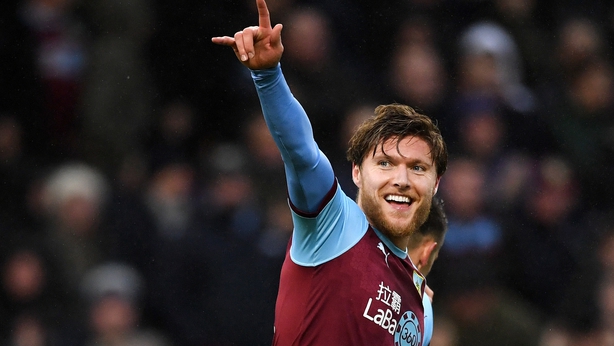 Burnley beat Fulham 2-1 at Turf Moor thanks to two own goals to make it three straight league wins for Sean Dyche's side and leave the visitors deep in relegation danger.

German international Andre Schurrle put Fulham, without an away win this season, ahead in brilliant fashion in the second minute, bringing down a long ball from Denis Odoi and blasting, first time, past Tom Heaton.

Burnley got back on level terms though in the 20th minute when Jeff Hendrick's low drive was turned into his own net by Fulham defender Joe Bryan.

Three minutes later and Hendrick had forced another own goal -- his drive headed in by Odoi to put the Clarets 2-1 up.

Burnley defender James Tarkowski had to clear a Luciano Vietto drive off the line shortly after the interval and Fulham had most of the pressure after the break without creating many clear-cut chances. 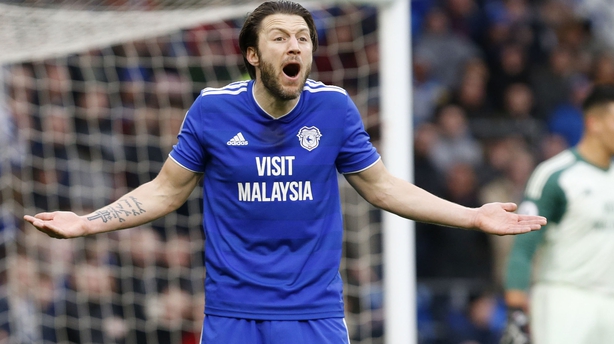 Huddersfield were left counting the cost of referee Lee Mason's change of mind in their 0-0 draw against fellow relegation strugglers Cardiff.

What had been a dreary Premier League affair low on quality produced a major 76th-minute talking point when Mason pointed to the penalty spot after Florent Hadergjonaj had tumbled in the box.

Several Cardiff players rushed towards Mason's assistant in the corner and the referee soon made his way there for a conversation.

Mason then dramatically reversed his decision and penalised Hadergjonaj for fouling Joe Bennett rather than the other way round, much to the bemusement of Huddersfield manager David Wagner on the touchline.

The bottom line, however, is that the contest will do little to help the two clubs' respective relegation battles. 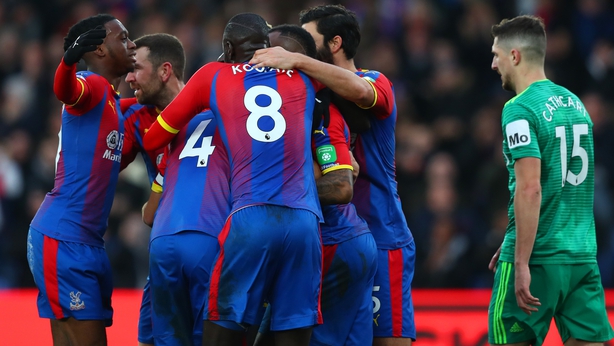 Tom Cleverley scored a wonder volley as Watford fought from behind to secure a 2-1 victory against Crystal Palace at Selhurst Park.

Palace took the lead in the opening period after Craig Cathcart's own goal, but the Watford defender made amends when he converted Jose Holebas' corner with 67 minutes gone.

Substitute Cleverley, who had only been on the pitch for six minutes, then netted his first goal in more than a year to complete the fightback from Javi Gracia's side.

The victory moved Watford back ahead of West Ham, following their earlier win against Arsenal, and into seventh after Leicester's defeat against Southampton.