Stephen O'Donnell admits that it was a tough decision to call time on his playing career as the Dundalk midfielder confirmed his retirement from the game.

Six years on from joining Dundalk, the Galway native enjoyed unprecedented success at the Oriel Park club, winning the league four times, the FAI Cup twice, as well as helping the Lilywhites to qualify for the group stages of the Europa League.

"All I have been doing since I was 15 is full-time professional football so it was a tough decision to retire," said O'Donnell.

"It’s something that I haven’t taken lightly. I have had an unbelievable time with Dundalk. The story has been told over and over again since I have signed. You couldn’t have envisaged what happened.

"I have been treated brilliantly by the club and the town. It is a little bit like Roy of the Rovers style stuff regarding the team and what we went on to achieve. We don’t want to be finished yet."

O'Donnell will remain at the County Louth club and immediately starts a new role as senior opposition analyst and scout. 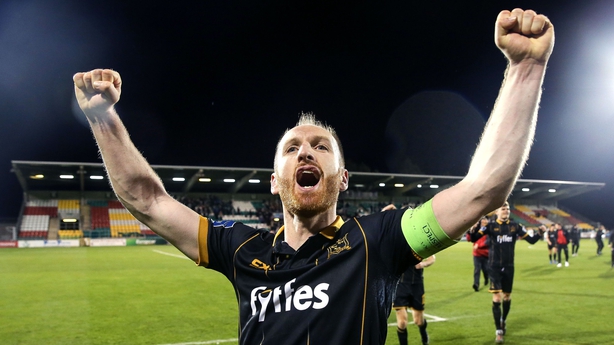 "I wanted to stay around the club so to have the opportunity to do that is brilliant. I have a great relationship with the club. If there was any possibility to stay and help the club I was delighted to do so. Luckily the opportunity arose and it’s great to be staying."

A veteran of the League of Ireland, O'Donnell enjoyed league success at Bohemians and Shamrock Rovers, also helping the Dublin club to become the first Irish club to qualify for the Europa League group stages - O'Donnell scored the decisive goal from the spot to beat Partizan in Belgrade. 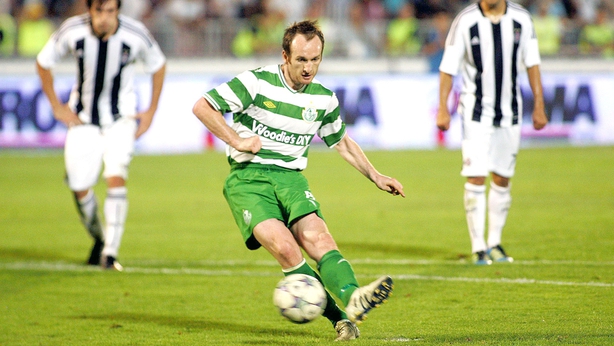 But just a week out from his 33rd birthday, O'Donnell's recent seasons have been plagued by injuries and the influential midfielder admits he has no regrets about having to hang up his boots, perhaps earlier than expected.

"I have had a great career. It has been very enjoyable and I have won a lot of trophies.

"There has been a lot of downs as well as ups. I have had my injury problems. Looking back I have no regrets. It was a career I loved and as time goes on I will reflect on it more.

"I’m moving into a different role and I am looking forward to getting started.I want to help the management team in any way that I can.This is my first step. I am here to learn and I am going to try take things in. Hopefully we can have another successful season."

Finally hanging up my boots, nod to all the hospital staff over the years!🙈 Thanks to everyone for all the well wishes.Loved every minute of it!👌

Dundalk head coach Vinny Perth added: "Tommy McConville, Martin Lawlor and Tom McNulty are some of the great captains in the history of Dundalk Football Club. Stephen O’Donnell is at very minimum in equal standing to those great players.

"One of the catalysts for all of our success over the past five years was that historic goal against Cork City in 2014. The way in which he fought to be back on the pitch for that game sums up his attitude, determination and character.

"Over the past six years, Stephen has been a wonderful team-mate and colleague. The two of us have worked very closely as assistant manager and captain. I have always found him professional and someone I can trust. I am looking forward to continuing that working relationship that we have in his new role."