Wayne Rooney has said his public intoxication arrest came when he was left "disorientated" by prescribed sleeping tablets he took on a flight while drinking.

It emerged on Sunday that the former Manchester United and England captain was taken into custody in the US after a flight from Saudi Arabia touched down.

Police said the 33-year-old was arrested on 16 December after triggering a door alarm at Washington's Dulles airport, near the stadium for his current team, DC United.

In a statement to the Press Association, his spokesman said the footballer was apprehended after a lengthy flight from the Gulf state where he was on a one-day business trip.

"During the flight Wayne took a prescribed amount of sleeping tablets mixed with some alcohol consumption and consequently was disorientated on arrival. He was approached by police who arrested him on a minor misdemeanour charge," the spokesman said.

"He received a statutory automatic fine and was released shortly afterwards at the airport. The matter is now at an end. 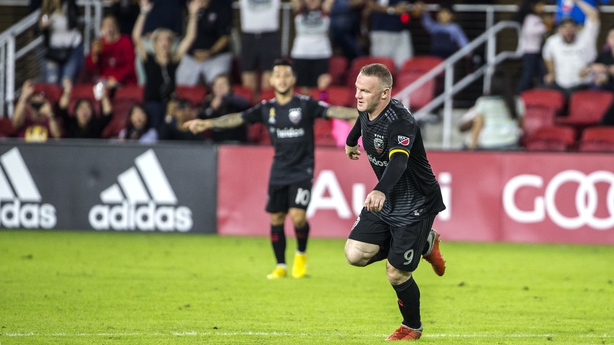 "Wayne would like to put on record his appreciation for the manner he was treated by all involved."

Rooney, who is still banned from driving in the UK after he was caught drink-driving, set off the alarm but did not breach airport security, the Metropolitan Washington Airports Authority Police said.

"Mr Rooney was charged with public intoxication and transported to Loudoun County Detention Centre to be held until sober," a statement added.

Court files state he paid a fine of $25 over his latest offence.

Two days before the arrest he posted an image online of himself in a car at the Riyadh Formula E championship race in Saudi Arabia.