Jermain Defoe is set to join Rangers on loan as boss Steven Gerrard looks to strengthen his Ibrox squad in the January transfer window.

The 36-year-old attacker, who won 57 England caps, is closing in on a move to the Ladbrokes Premiership outfit on an 18-month loan deal from Bournemouth.

The former West Ham, Sunderland and Tottenham player, who played with Gerrard for England, has featured only four times as substitute in the Premier League for the Cherries this season.

Rangers ended the year on a high with a 1-0 win over Celtic at Ibrox to take them level on points with the reigning champions at the top of the table.

It was the Light Blues' first league win over their Old Firm rivals since 2012 and their first over Hoops boss Brendan Rodgers in 13 attempts since the  Northern Irishman took over at Parkhead in 2016.

The 22-year-old Colombia striker appeared to kick out at Hoops skipper Scott Brown, stand on defender Anthony Ralston and flick out his hand at midfielder Ryan Christie's groin area during the victory on 29 December which took the Light Blues level on points with the Ladbrokes Premiership leaders.

However, referee John Beaton saw all three incidents in their entirety and on that basis no retrospective action can be taken.

It is good news for Rangers and the former HJK Helsinki player, who only recently returned from a two-game domestic suspension after he was sent off in the 1-0 defeat to the Dons at Ibrox on December

Morelos has picked up 13 yellow cards and three reds this season, albeit one against Aberdeen earlier in the season was rescinded. 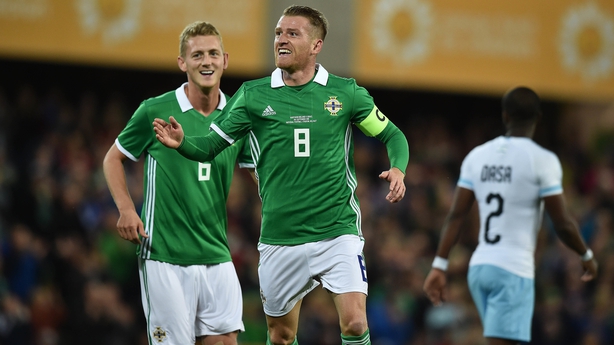 The 34-year-old Northern Ireland captain looks set to return to Ibrox, having left to sign for Saints during the summer of 2012.

Davis has found his first-team chances limited this season, and Hasenhuttl revealed the club would look to support the midfielder in his desire to move back to Scotland.

"The fact is he has a half-a-year contract here until the summer, so what we want to give him is a chance to make the next step. If there is a possibility, then we will help him to do so," Hasenhuttl said at a press conference.

"He has done a lot for this club, and there we find a good solution where we have a win-win situation for both sides."

Asked if the deal was close to completion in the next few days, the Saints boss added: "It can be. I am looking forward and if it is, then we will tell you."

Should the deal progress as planned, Davis is expected to join up with Steven Gerrard's squad at a warm-weather training camp in Tenerife before the domestic Scottish programme resumes later in January.