Pep Guardiola believes Liverpool are showing the same hunger that carried Manchester City to the title last season - but has warned the pressure is tough to handle.

Premier League leaders Liverpool can open up a 10-point lead over defending champions City if they win Thursday's clash between the two clubs at the Etihad Stadium.

The Reds are unbeaten and looking strong, as City were when they held a 15-point advantage at the same stage last year.

The City manager said: "My feeling is last season it was a little bit easier to maintain that hunger because 80 per cent of the players had not won anything in our lives.

"I said to the players, that's difficult to handle."

City, who have lost three of their last five games, are now facing a different kind of pressure in having to chase down an opponent. Guardiola admits he does not know how his players will respond to that challenge.

"What do I think? Yes, we are ready. I (personally) don't have doubts, but honestly I don't know (for certain)."

Guardiola claims his team are now the underdogs against Liverpool, who have won their last nine games, but he has no intention of giving up the chase. 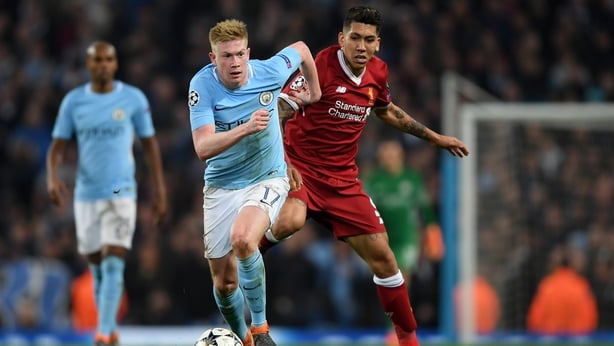 He said: "I know today nobody trusts us, nobody makes one coin for us, but it is what it is.

"They are at the moment the best team in Europe, in the consistency, the way they control the details in their game. It is a good challenge for us if we're going to reduce the gap."

Liverpool won three of the four clashes between the sides last season, including both legs of their Champions League quarter-final. However, Guardiola insists that is irrelevant, as is his losing record against Reds boss Jurgen Klopp.

Guardiola has won just five of their 15 meetings, with the German victorious eight times.

He said: "The past is the past. It's the same with 100 points, it's in the past. I'm not going to judge the game on the previous game.

"I don't count the number of times I beat managers and feel how special I am. I don't play against Jurgen or Jurgen against me. Our teams play. He beats me, I beat him. I won leagues and cups, I lost some cups.

"They're an exceptional side, they're Champions League finalists. With their results, what can you do? Hats off.

"We will try to beat them and that's all. If we don't I will congratulate them and move forward and learn for our game. But at least let us think that maybe we can win."

City will give a late fitness test to Kevin De Bruyne, who missed Sunday's win at Southampton with a muscular problem.