N'Golo Kante earned Chelsea a 1-0 win at Crystal Palace to boost the Blues' bid for a place in the Premier League's top four.

Kante, a World Cup winner with France last summer, has been deployed in a more advanced position on the right side of midfield by Maurizio Sarri at Chelsea.

He netted his third Premier League goal of the season at Selhurst Park as Chelsea ended Palace's three-match unbeaten run to move five points clear of fifth-placed Arsenal in the battle for Champions League qualification.

Willian and Ross Barkley had hit posts in quick succession in the first half and the hosts' performance showed little of the style and substance which had earned victory at Manchester City eight days earlier.

Olivier Giroud started alongside Eden Hazard as Chelsea named a recognised striker for the first time since the loss at Wolves on December 5. He needed help to hobble down the touchline at full-time due to an ankle injury.

It had been the Frenchman's first start since three days prior to that, against Fulham, while Ross Barkley started for the first time in almost two months, since the November 4 win over Palace at Stamford Bridge. 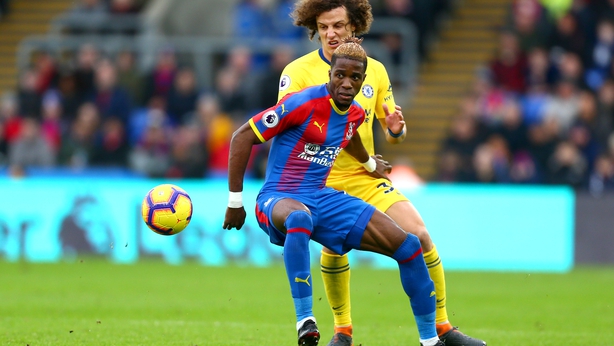 Hazard had been deployed in the 'false nine' position to good effect in recent weeks, but Sarri switched things up as rumours persist that Chelsea will be in the market for a new striker in the near future.

It took time for either side to get going. A disjointed opening featured few chances of note, with Antonio Rudiger only able to glance on a Willian free-kick which Vicente Guaita claimed.

Giroud beat the goalkeeper with a low shot after 28 minutes, but the strike was ruled out for offside.

Palace were content to play on the break, while Chelsea's play was ponderous. Their best opportunities of the first half came courtesy of two set-pieces.

A Willian free-kick hit the post after Cheikhou Kouyate had been adjudged to have fouled Hazard. Referee Craig Pawson awarded a corner, much to the home fans' displeasure.

Soon afterwards a Willian shot was turned around a post by the goalkeeper for a corner. Hazard took it and Barkley improvised to turn the ball on to the outside of a post.

Chelsea breached the Palace defences early in the second half, as David Luiz stepped forwards into midfield with the ball.

The Brazil defender spotted Kante's run and found him with a lofted pass. The France midfielder chested down and shot left-footed under Guaita.

Chelsea continued to threaten. Hazard fed Willian, who was denied by Guaita, and a Barkley shot deflected wide from the follow-up.

There were mocking cheers as Palace boss Roy Hodgson sent on Connor Wickham, a striker, for Jeffrey Schlupp.

Giroud netted following an offside flag and hurt his ankle in tangling with James Tomkins prior to the referee's whistle. Alvaro Morata was sent on.

Palace created chances for the equaliser, but Wilfried Zaha curled over and Wickham blasted over after the ball had fallen kindly for him in the area. 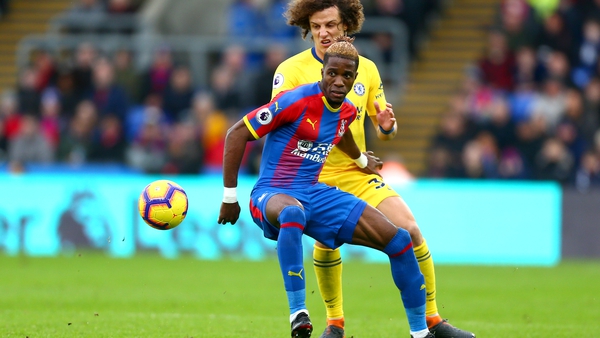