Liverpool defender Dejan Lovren believes manager Jurgen Klopp has found the missing pieces to the puzzle which have frustrated previous hopes of a title challenge.

The vital piece which previous managers, Klopp included, had struggled to find is undoubtedly Virgil Van Dijk, with the Holland centre-back overseeing a 12th clean sheet of the season - the same number kept by Liverpool when the Reds last won the title in 1989-90 - in the 4-0 win over Newcastle.

But there are others elements which have made a difference, with summer arrivals Alisson Becker, Xherdan Shaqiri and Fabinho - the latter two both scorers against Newcastle with the Brazil international registering his first for the club - adding different dimensions in goal and midfield.

And with Mohamed Salah, now with 15 goals for the season, Roberto Firmino and Sadio Mane better understanding how they interact in their second season together there is a feeling of cohesion all the way from front to back.

Asked what the difference was from previous years, Lovren said: "I think experience.

"There are quite a lot of players still here and it was like a puzzle, you just keep bringing these players you missed and now I think it's a perfect match.

"You feel that in the squad, it's how it should be. There has always been something missing all these years but I think now we have everything.

"But it doesn't mean anything. Even Manchester City has in every position two players, top players."

Liverpool have reeled in City's two-point and 14-goal advantage from the start of December and the gap to the third-placed champions is now seven points in the Reds' favour.

They have conceded just seven goals in 19 matches - eight better than City and 11 better than second-placed Tottenham - and while Lovren has been part of the defensive improvement, he stressed the success was down to an overall game plan which has seen Liverpool be less expansive but far more controlled this season.

"The foundation isn't about five players at the back. It's about Mo, Bobby, Sadio, Shaq, everyone up front, they are the first defenders.

"We know when we don't concede a goal, we score. That's the key for us and we need to always stay hungry. When we lose the ball, get it back quickly.

"Next game Arsenal, other game City, but we know how to control these games." 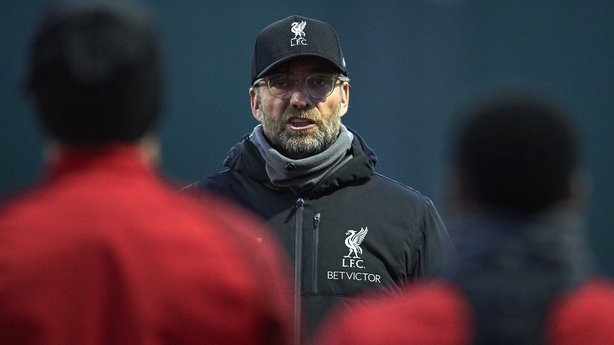 Liverpool have been installed as the new title favourites following the Boxing Day results but Lovren said that would not affect them.

"There's no pressure, to be honest. In the previous years, yes, but now when you look in the dressing room, when you go into Melwood in the morning, everybody is happy," he said.

"Nobody talks about anything else than the next game. We can't talk about something that will happen in five-six months, we go game by game and we will see where we finish.

"It doesn't take too long to lose one game and everything changes quite quickly.