A statement from United said: "The club would like to thank Jose for his work during his time at Manchester United and to wish him success in the future.

"A new caretaker manager will be appointed until the end of the current season, while the club conducts a thorough recruitment process for a new, full-time manager."

The news comes two days after United's 3-1 Premier League defeat at Liverpool, which left them 19 points behind the table-topping Reds in sixth place, and 11 points off the top four.

Mourinho took charge at United, succeeding Louis van Gaal, in the summer of 2016 and they won the Europa League and League Cup in their first season under the Portuguese.

The Red Devils then finished second in the Premier League last term, before making a troubled start to this season, winning only seven of 17 league games and being knocked out of the League Cup at home by Championship club Derby.

WATCH: @GNev2 gives us his reaction to Jose Mourinho's departure from Old Trafford.

Jose Mourinho has been sacked by @ManUtd: https://t.co/cMgxUIfykQ

Press Association Sport understands first-team coach Michael Carrick will take training today and that a new caretaker manager is to be appointed by the end of the week.

Former Real Madrid boss Zinedine Zidane has been heavily linked with United since his summer departure from the Spanish club, who he guided to the Champions League title in each of the last three seasons.

Another man who has been frequently spoken of as a potential United manager is Tottenham's Mauricio Pochettino.

The likes of Didier Deschamps, who led France to World Cup glory over the summer, and ex-Red Devils defender Laurent Blanc could also be in the frame. 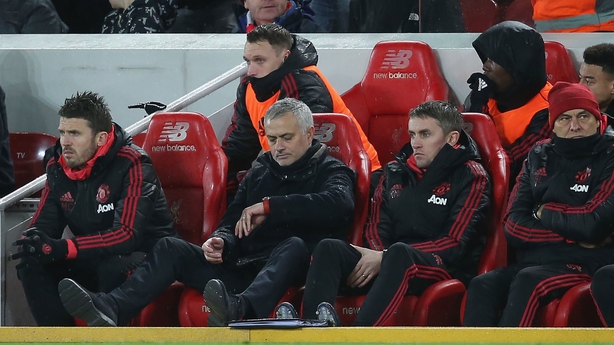 "My personal view is that the club needs to reset," former United player Gary Neville said.

"This is not just a moment to sack Jose Mourinho and appoint another manager, this is a moment for the club to take stock of what they're doing, to reset the structure in terms of recruitment, in terms of the decision making in the football club and make sure what they do next is the right move.

"That's not about speed, that's about making sure the next manager is the right manager. The reality of that is that they're going to have to put the right football structure in around him.

"They see it as a positive that they've got 65 scouts, I see it as confusion, particularly if you've not got what would be a definitive individual who has a level of control.

"They've got to reset the football structure within the club, they've got to put more intelligent people in there who understand the football side of things and not just hide behind the manager. They have to look at themselves as well and make sure there is a change." 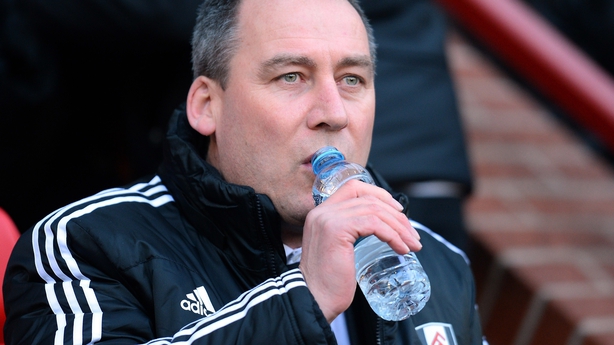 Former United first-team coach Rene Meulensteen (above) says he can understand why the decision to part company with Mourinho was taken now.

The Dutchman, who worked under Alex Ferguson at Old Trafford, told BBC Radio 5 live: "I think they've looked back critically to where they are and asked themselves, 'Is this the right way forward?', and with the transfer window right ahead of them, so I can understand the timing."

Asked about Mourinho's relationship with his players and whether that could have been a potential factor in the Portuguese's departure, Meulensteen said: "It's difficult to have an opinion on that for people on the outside as we're not in the midst of it, but you can see how the team have performed and in our opinion some players have under-performed.

"You hear people talking about how United have lost their identity and that's what you see among the players.

"There is no really clear direction and certainly not after they'd been under Sir Alex Ferguson for so many years."

Danny Mills, the ex-England, Leeds and Manchester City defender, offered the name of the current England coach as a possible contender for the Old Trafford post.

What do you make of Pogba's reaction to Mourinho's dismissal?

He deleted this tweet shortly after it was published.

"I'll tell you whose name hasn't been thrown into this amongst everything else is Gareth Southgate," he told Sky Sports.

"If I was Manchester United, what would I want as my next permanent manager? Feel-good factor, somebody to bring through young players, somebody that plays in the right way, somebody that can connect and reconnect with the fans all over the world.

"I'm not sure he'd want the job, I'm not sure they could get him but surely he would have to come into the reckoning if you were Manchester United."

United midfielder Pogba had posted a photo of himself to Instagram and Twitter looking at the camera with the words: "Caption this!", before swiftly deleting it.

That prompted Neville to tweet: "'Caption This"' You do one as well!" 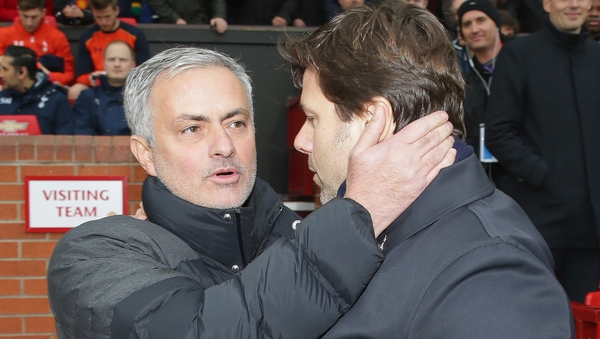 Pochettino not ruling himself out of Man United vacancy