The Cottagers remain the only team in England without a clean sheet this season after goals from Robert Snodgrass and Michail Antonio gave the visitors a 2-0 win and lifted them to ninth in the Premier League.

New Fulham manager Claudio Ranieri knows he needs to plug the leaks but on this evidence he has a lots of work still to do with his side still rooted to the foot of the table.

West Ham's goals were beautifully worked, but when not one of the seven defenders in attendance thought to close down Snodgrass on edge the area, and when Javier Hernandez - a player also known as 'Little Pea' - won a header in the box to set up Antonio's second, Ranieri's problems were laid bare. 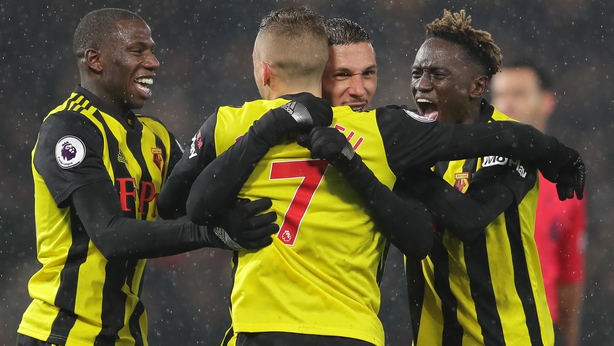 Watford ended a six-game league winless run with a 3-2 success against Cardiff, although they were made to sweat.

Gerard Deulofeu scored a fine individual goal in the 16th minute and then set up Jose Holebas for an unstoppable second seven minutes after the break.

Teenager Domingos Quina looked to have put the icing on the cake with his first league goal 22 minutes from time but Junior Hoilett curled in a superb goal for Cardiff and the Welsh side took another step towards an unlikely comeback when Bobby Reid grabbed a second with eight minutes left.

However, Neil Warnock's side were unable to find an equaliser.

At the bottom of the table there were important 1-0 victories for Crystal Palace - despite the absence of Wilfried Zaha - and Newcastle.

Luke Milivojevic powered in a 39th-minute goal for Palace against Leicester while Salomon Rondon's 55th-minute effort earned Newcastle victory at Huddersfield, who remain in the bottom three.

Bournemouth's miserable run continued as they were beaten 2-0 by Wolves. Raul Jimenez scored the opener in the 12th minute and Ivan Cavaleiro made the points safe in injury time, earning a third straight victory for Wolves. 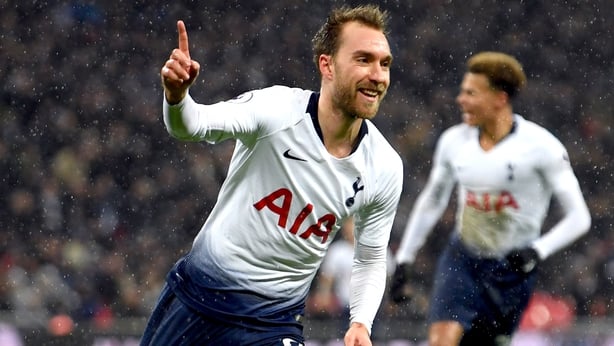 Burnley were agonisingly close to holding Tottenham to a draw at Wembley but Christian Eriksen netted in injury time to earn a 1-0 victory for Mauricio Pochettino's side and keep them within five points of Manchester City.

After last weekend's loss to Chelsea, City knew victory over Everton would take them back above Liverpool, who face Manchester United on Sunday.

Jesus had not scored a Premier League goal since August but the Brazilian exploited a poor Everton clearance to net the opener before half-time and then doubled the lead with a header five minutes after the break.

Dominic Calvert-Lewin pulled one back but substitute Raheem Sterling ended a difficult week with another goal four minutes later to secure the points for Pep Guardiola's side.