Manchester United blew the chance to top their Champions League group as Jose Mourinho's much-changed side slumped to defeat at Valencia.

Progress to the last 16 was already assured ahead of the trip to the Mestalla, yet this was a chance for Paul Pogba and Co to prove their worth and secure a win that would see them top Group H in the unlikely event that Juventus slipped up in Switzerland.

The improbable played out 650 miles away as Young Boys secured a remarkable 2-1 win against the Serie A behemoths but United failed to capitalise as they lost by the same scoreline in Spain, with Marcus Rashford grabbing a late consolation after Carlos Soler struck and Phil Jones turned into his own goal.

It was a largely lifeless, incoherent display from Mourinho's men and awful preparation for Sunday's trip to Premier League-leading rivals Liverpool.

Soler, once a reported United target, put Valencia ahead 17 minutes into a first half that saw Pogba - back after two games on the bench - somehow miss a gilt-edged chance, unaware that offside had been wrongly signalled.

Any hope of a comeback disappeared seconds into the second half as Jones turned into his own net on a night that heaps unwanted scrutiny on United ahead of the trip to Anfield, despite Rashford leading a late push. 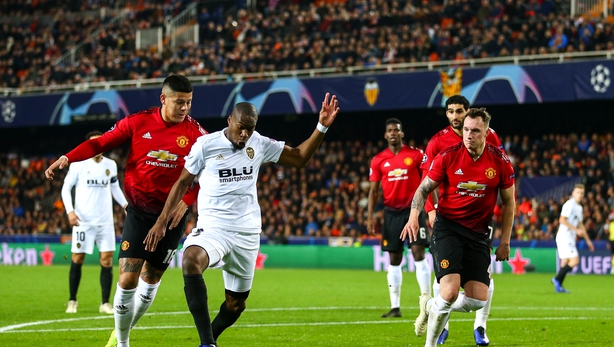 While the forward may have rubber-stamped a starting berth against Liverpool, none of Mourinho's eight changes in Spain boosted their hopes after toiling against a side who lie 15th in the La Liga standings.

Valencia also had the joint worst goalscoring record in the division yet managed to unsettle the visitors from the outset.

Back-up goalkeeper Sergio Romero had to be alert to a threatening early cross, with several other half-chances following before the opener.

Cristiano Piccini nutmegged Marouane Fellaini on the right and put through Santi Mina, whose cross was cleared by Jones as far as Soler. Afforded too much time, the midfielder fizzed a low strike through Eric Bailly's legs into the far left-hand corner.

United were nearly undone down the same flank once again, with Marcos Rojo, struggling at left-back, caught out, leading to a cross that Michy Batshuayi headed over from close range. 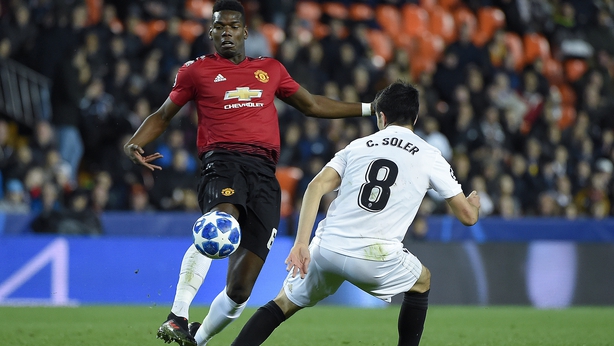 There was nearly a slapstick second for the hosts as a clearance rebounded back and just wide of Romero's goal, with Soler forcing the United goalkeeper into a save from the resulting corner.

Mourinho's men were muddled at the back and little better going forwards.

Former Valencia favourite Juan Mata saw an effort deflected wide on his old stomping ground, before Pogba held his head in his hands after a glaring miss.

Fellaini met a corner with a powerful header that the World Cup-winning midfielder somehow managed to turn wide when it looked easier to score. The offside flag saved his blushes, although replays showed it to be an incorrect call.

Pogba failed to grasp this opportunity to shine and was part of the midfield bellowed at by Jones after a passage of play that led to Batshuayi to turn wide before the break.

But moments into the second half it was Jones' being glared at by his team-mates. 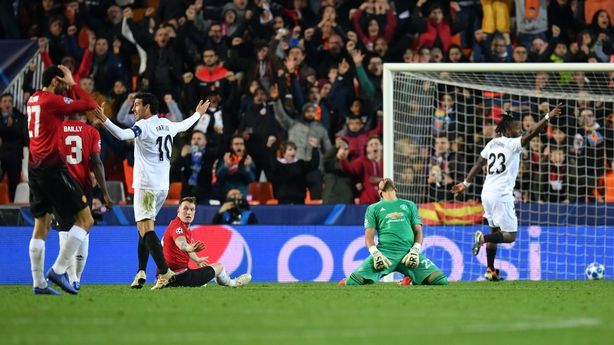 After Bailly stepped up to leave a gaping hole, the England defender raced back to deny Batshuayi, only to direct the ball past Romero and into his own goal. Jones' sheepish calls for a foul were quickly dropped.

Romero prevented Valencia grabbing another and Rodrigo was inches away from meeting Batshuayi's cross as the second half continued to go the home side's way, but at least United had now mustered a shot on target.

Substitute Rashford had their first of the evening in the 72nd minute - an attempt followed up by former Valencia loanee Andreas Pereira forcing Jaume Domenech into a fine save from distance shortly after.

Pogba twice had attempts on target afterwards, with Rashford finally clawing one back by nodding home a cross from fellow substitute Ashley Young in the 87th minute.

But it was too little, too late, even for a side that have shown their ability to come back time and again, with Mata going close after Batshuayi bent wide. 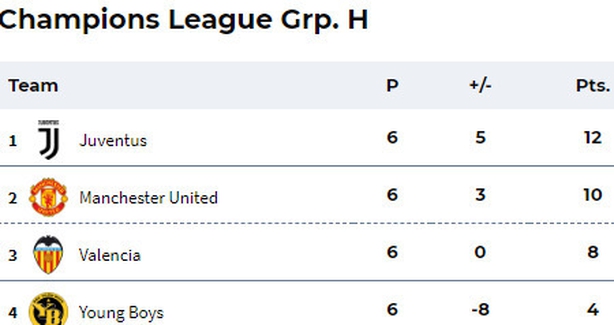