Manchester United's Jesse Lingard is determined to "bounce back" from a frustrating start to the season.

The 25-year-old established himself as a key player for club and country last season as Jose Mourinho's men finished Premier League and FA Cup runners-up, before helping England reach the World Cup semi-finals.

Lingard's exertions came at a cost, though, as a groin injury that he had carried since Russia lied him low for a month, with the attacking midfielder only scoring his first United goal of the season when securing Wednesday's 2-2 draw at home to Arsenal.

"We didn't get much rest obviously in the summer after the World Cup, so coming back there's always going to be little niggles here and there," the England international said.

"Obviously it got to a point where I couldn't carry on, so that break did me well and I am raring to go now. It was an enjoyable summer and a good season for me on a personal level last season.

"I wanted to kickstart this season in the same form and obviously you have setbacks throughout the season, but it's how you bounce back."

The same goes for United as a whole, having limped through recent weeks.

Mourinho's men sit eighth in the league and eight points off the Champions League spots after the entertaining draw with Unai Emery's side.

Asked if there was still confidence within the dressing room of reaching the top four, Lingard said: "Yeah, I think we believe as a squad.

"It's a long way to go in the season, so for us it's about taking every game as it comes and trying to get the three points. That's the main thing.

"Especially this month there's a lot of games, so we need everyone in the squad to be fully fit. Obviously there will be a lot of rotation, but everyone is there to play and show 100 per cent in each game.

"I mean, everyone that came off the bench showed their fighting spirit. We're in it as a team. We had to put on a performance for the fans and show the passion on the pitch for them."

Lingard knows the players owed a response following the meek 2-2 draw at struggling Southampton - a result that saw fingers pointed and pressure mount.

"There's always pressure on people's shoulders when it comes to Man United and it's how you deal with the pressure," he said.

"And as footballers we just enjoy our football and want to win games. That's the main thing."

One impressive trait that United have managed to display this season is an ability to come back, which they twice did to secure a point against Arsenal.

"We knew that Arsenal like to press and they like to nip at things and bite at things, so we had to put them on the back foot straightaway," Lingard said.

"The first pretty much 20 seconds, it got the crowd up on their feet and it kind of gave us a buzz after that.

"I think it's always been an area that we obviously never give up. You've seen over the years the comebacks that United have made, so for us to just keep that spirit alive and never give up.

"Leading the game, especially going in at half-time, always puts you in a comfortable position and if we can do that now for the remainder of this season." 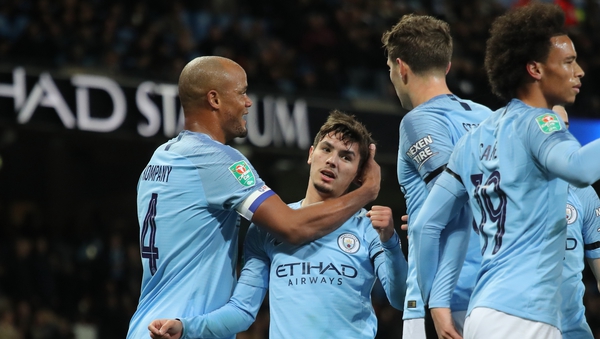