A petrol bomb was thrown and police clashed with Ajax supporters as the Dutch club reached the Champions League knockout stages with a 2-0 win over 10-man AEK Athens in Greece.

Ajax progressed past the group stages for the first time since 2006 after a Dusan Tadic gave the visitors the win, but there were unsavoury scenes in the stands which marred the game.

Images showed police officers hitting Ajax fans, leaving some bloodied as tensions rose within the Olympic Stadium, with AEK fans reportedly throwing flares in the direction of their Ajax counterparts. 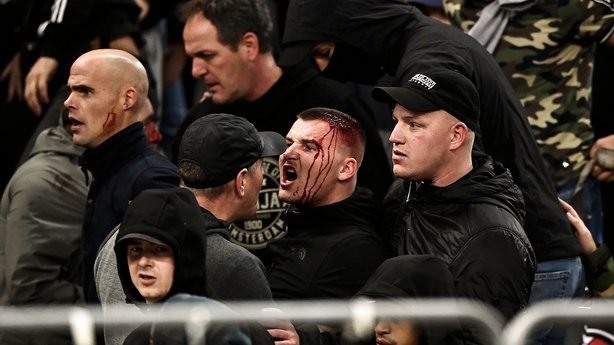 There was further crowd disturbances after the interval when firecrackers were set off.

AEK, who had Marko Livaja sent off in the second half, have no points and have been eliminated from European competition after suffering a fifth straight defeat.

Tadic fired Ajax ahead with a 68th-minute penalty and sealed the win four minutes later after the visitors, who have won four titles in Europe's premier club competition, dominated their subdued rivals.

Although they enjoyed the lion's share of the possession, Ajax failed to create any chances before midfielder Donny van de Beek hit the post in the 63d minute after Tadic's clever cut-back from the left. 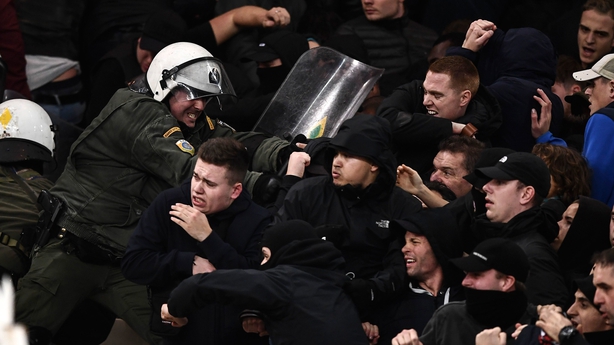 English referee Michael Oliver awarded Ajax a penalty after Livaja handled a free kick and sent off the Croatian with a second yellow card for the offence before Tadic calmly converted the spot kick.

With AEK reeling, the visitors delivered the killer blow as substitute Klaas Jan Huntelaar squared the ball to Tadic and the Serbia forward made no mistake from eight metres after home keeper Vasilios Barkas was caught out of position.

AEK were denied a consolation in the closing stages when visiting keeper Andre Onana produced a superb save to keep out a thundering Lucas Boye shot from the edge of the penalty area. 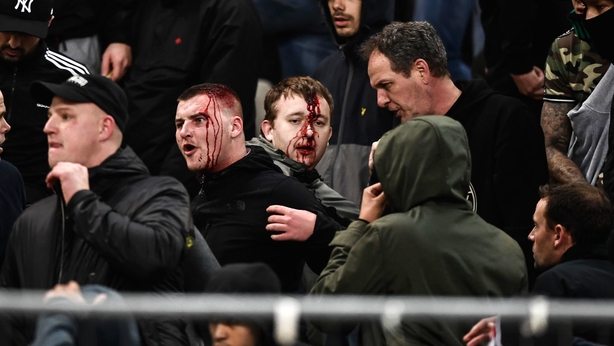