Republic of Ireland captain Seamus Coleman says Michael Obafemi has slotted in well to the team squad, but insists players must earn the right to represent their country.

Martin O’Neill’s side take on Denmark tomorrow in what is effectively a League of Nations dead rubber, with the Republic already relegated to the third tier of the competition.

Last week’s goalless draw with Northern Ireland was the latest disappointment for O’Neill, while issues off the pitch regarding international allegiance continues to hog the limelight.

West Ham United’s Declan Rice is still to decide whether to throw his lot in with Ireland or England, though Southampton striker Obafemi has committed his future to the Boys in Green after uncertainty over his future.

O'Neill had initially said that Obafemi would not travel to Denmark to allow the player more time to make up his mind on whether to declare for Ireland, England or Nigeria, but has plumped for Ireland, and sat on the bench for the insipid draw against the North.

"You can’t be given a cap just to tie you down. You have to want to play for your country"

While a competitive outing in Aarhus will put to bed all speculation once and for all, team captain Coleman says it can’t get to a stage where players are simply capped in order that they don’t go elsewhere, though insisted that was not the case with the teenager.

"Michael's been great. He’s a strong boy, scored a few fine finishes in training and he has been great around the camp," he said.

'You have to want to play for your country', says Republic of Ireland captain Seamus Coleman pic.twitter.com/VmH6Nblrg4

"Growing up, the proudest thing I ever done is put on that green shirt. You just can’t be handing caps…not Michael in particular, Michael has done great, but it can’t be a case of, as the manager said about Declan if he wasn’t playing for West Ham, you just can’t go, ‘right, we’ll give you a game so you will stay with us’. 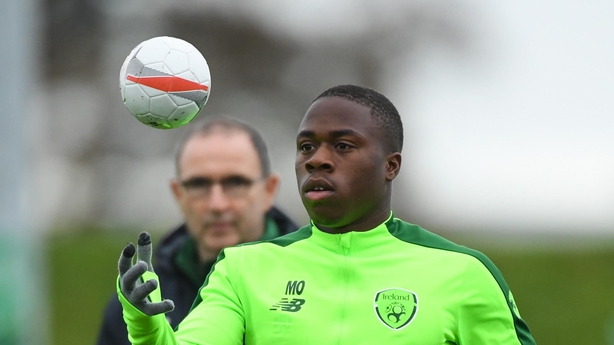 "If lads want to stay with us, then great, but you can’t just be handing out international caps. It’s the best feeling in the world. You have got to earn it. You can’t be given a cap just to tie you down.

"You have to want to play for your country." 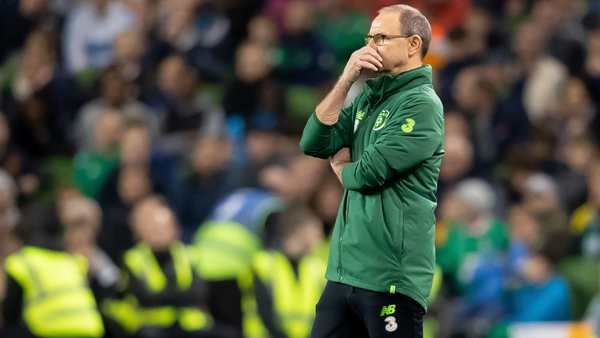