The 18-year-old attacker stayed on the bench for the Aviva Stadium friendly stalemate on Thursday night having committed his international future to the Republic of Ireland before kick-off.

O’Neill admitted he was tempted to bring the youngster in the second half against the North but opted for the more experienced Scott Hogan instead.

That being said, the Derryman has not ruled out bringing Obafemi to Aarhus, where his chances of featuring have increased due to Sean Maguire suffering a hamstring injury just 13 minutes after coming off the bench against the North.

Before Obafemi made his international intentions clear, O’Neill had poured cold water on the prospect of bringing him with the squad, insisting he wanted to give the teenager time and space to make his decision. Now, that scenario has changed completely.

"I think he should come to Denmark," he said. "He’s made that commitment, so yeah, we’ll take him. I think he has a chance of performing.

"I said at the start of the week that if he did make the commitment to us then I probably would take him to Denmark. If he hadn’t given that commitment, then there was really no point.

"He made the call. It was really up to him. The treatment he’s had at underage level and the way he was received by the senior players [helped].

"He’s certainly got promise. He’s obviously got work to do. I think he’s very raw. But hopefully in the not too distant future he can be a very decent player for us. Certainly I think it’s asking too much of him to step and be the goalscoring answer for us straight away."

O’Neill admitted Ireland’s toothless attack is a cause for concern but shouldered the blame for another laboured display from his charges.

Boos rang around the stadium at the final whistle as the home fans vented their frustration at a lacklustre showing against the neighbours.

"We didn’t do enough going forward," he added.

"In terms of going forward we should do better. I’m the manager, it’s my responsibility.

"Overall I think the disappointment would be with the supporters. They paid money, and we should do better." 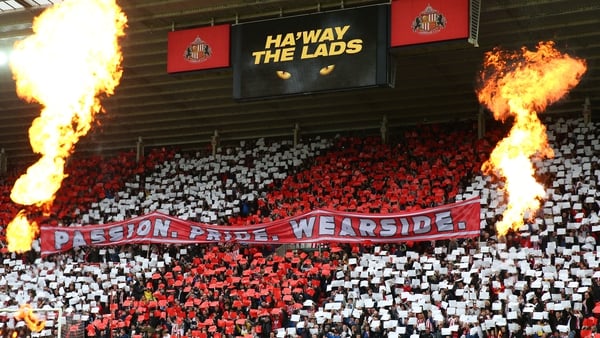