Wayne Rooney made his 120th and final appearance for England as Gareth Southgate's team beat the United States 3-0 in a friendly at Wembley.

England's all-time top scorer, Rooney came on as a 58th- minute substitute with the team 2-0 up thanks to excellent first-half strikes from Jesse Lingard and Trent Alexander-Arnold.

The game, played in front of a well below capacity crowd of 68,155, had been billed as a tribute match to Rooney and he was given a guard of honour by both sets of players and received a presentation from the Football Association before kick-off. 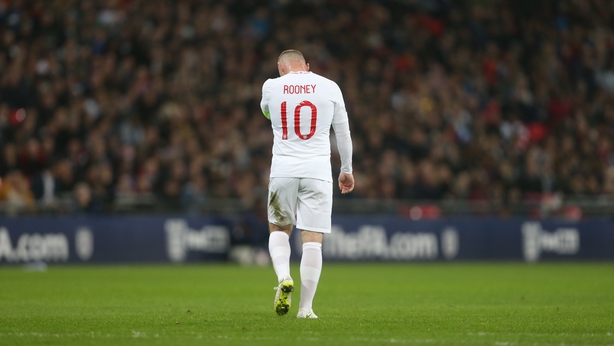 The 33-year-old former Manchester United and Everton forward, who now plays in the U.S. for Major League Soccer team D.C. United, did not have a major impact on the game but forced American keeper Brad Guzan into a save in stoppage time.

Callum Wilson, the Bournemouth striker making his England debut, made it 3-0 in the 77th minute.

England, who face Croatia in the Nations League at Wembley on Sunday, rested a number of regular starters such as striker Harry Kane.

Rooney retired from England duty in August, 2017 but the FA decided to turn the friendly into a tribute game to the Liverpool-born forward.