Jose Mourinho praised Paul Pogba for his inclination to take Manchester United's penalties but believes the Frenchman may need to alter his technique.

Pogba opened the scoring in United's 2-1 victory over Everton but only in fortuitous circumstances, converting on the rebound after his spot-kick had been brilliantly saved by Toffees goalkeeper Jordan Pickford.

The World Cup winner's long, stuttered run-up, in which he took marginal steps forward without ever really accelerating towards the ball, attracted criticism and derision on social media.

It was his second miss in five attempts from 12 yards for United this season though Mourinho was happy with the midfielder for fronting up, even if he thinks a change of approach might be necessary.

"The thing I like is the desire to take it," Mourinho said.

"I don't like Mickey Mouses: fragile, afraid to go, I don't take penalties. I don't like that, I like the player that I want to take it.

"Paul wants to take and that for me is fantastic. If he misses, he misses. Can he improve his penalty? I think he can.

"I think the goalkeepers don't move and they are waiting for his decision so I think he probably has to learn from that. But for me the most important thing is next time we have a penalty he wants to go again."

Pogba was given the opportunity to put United ahead after Anthony Martial went down under a challenge from Idrissa Gueye, who appeared to get a slight touch on the ball before barging into the Frenchman. 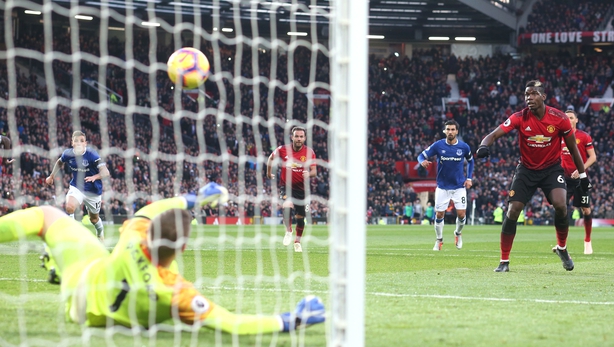 Everton manager Marco Silva lamented the 27th-minute decision as a turning point in the game and thinks his side did not deserve to walk away from Old Trafford empty-handed as their three-match winning streak was ended.

"We came here to try to do everything to try to win the match, not come here to see and just to block them," Silva said.

"We played well in some moments of the game. Until the penalty the game was a balanced game.

"The bad decision - I know the referee can make mistakes like I make, but in that moment it's clear. No penalty. It's not a penalty and that made them more comfortable."

Pogba turned provider for Martial to curl past Pickford in the 49th minute but Gylfi Sigurdsson's penalty denied United what would have been only their second clean sheet of the season in the Premier League. 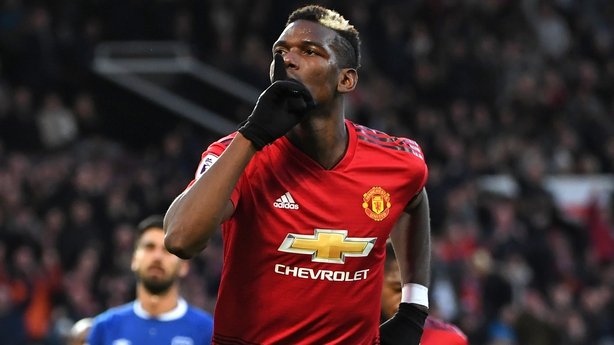 Sigurdsson kept his cool to net from the spot after Richarlison had been clumsily upended by Chris Smalling following Pogba surrendering possession in his own half.

United's inability to keep their opponents at bay for 90 minutes is a source of concern for Mourinho, who was content with the victory but also highlighted his side's profligacy in front of goal as an area to improve upon.

Mourinho said: "We are playing OK, we are not as rock solid as I would like.

"We don't have the killer instinct that I would like. Some teams with three chances they score three goals and some teams without the ball can resist and keep clean sheets all the time.

"For us it is almost an impossible mission to keep a clean sheet even with the phenomenal goalkeeper we have and to score goals is really difficult for us."