Aston Villa boss Dean Smith called for Jack Grealish to be given more protection by referees after accusing QPR of targeting him "like a tag team".

Villa were beaten 1-0 at Loftus Road, where Pawel Wszolek's first-half goal gave in-form Rangers a third consecutive win and the fourth victory and clean sheet of a five-match unbeaten run.

Wszolek fired in off the underside of the bar after racing on to Geoff Cameron's ball over the top seven minutes before the interval.

And the hosts kept Villa at bay despite being under pressure for much of the game.

But Smith, whose side have now suffered back-to-back defeats, insisted referee Darren England should have done more to clamp down on QPR's treatment of Villa's star midfielder.

"They need to protect Jack Grealish more. QPR were like a tag team kicking him," Smith said.

"A player of that quality needs protection from referees and they should be brandishing yellow cards.

"They were a tag team tonight. [Massimo] Luongo's had four or five kicks at him and other players have.

"He needs protection. If they brandish a yellow card very early then it stops it. He's the most fouled player in the league, we all know that.

"Does he get the protection he deserves? I don't believe he does at the moment. I suppose it's the only way the opposition can stop him.

"There was a lot of tactical fouling but there weren't many yellow cards. If you dish out yellow cards then you stop that." 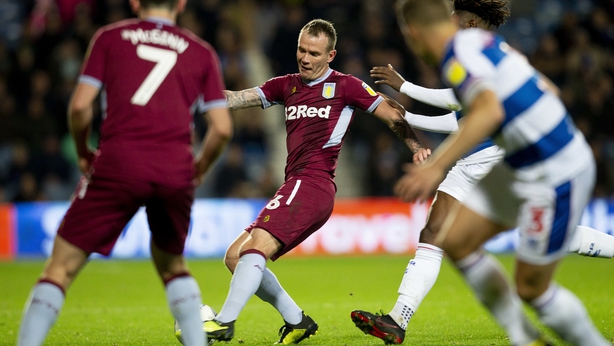 Villa have won just one of their past seven games but new head coach Smith insisted he has seen positive signs in his three matches in charge.

"In the short time we've worked together there's a good structure about us, we just haven't put the finishing touch to it," he said.

"We played well and didn't deserve to come away with nothing from this game.

"We created chances and gave away a poor goal. I think if we score at any time during the game tonight we go on and win it.

"We dominated the game for long periods and created big chances we didn't take. QPR were very fortunate."

QPR manager Steve McClaren laughed off Smith's suggestion that the home team had taken it in turns to kick Grealish.

"I've got to say I wish we were that clever to rotate around to kick him," McClaren joked.

The former England boss added: "Jack Grealish is a player we had to stop and I thought we did that to a certain degree.

"I don't think they took turns, I just think we had to stop him. He's just that good a player - you think you've won the ball and you just nick him.

"They were all small fouls, not big ones. That really upset his rhythm, which we needed to do. 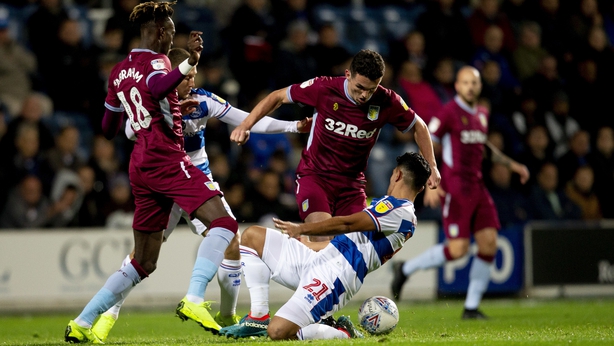 "I thought the officials were very good and handled the game well, with not too many yellows despite all the fouls.

"I'm proud of the players and the performance they produced tonight. This was a big win for us.

"Villa are a good team. Wow - the attacking options they've got are formidable and we had to be at our best defensively.

"I'm proud of my team for what they showed and for fighting for each other."